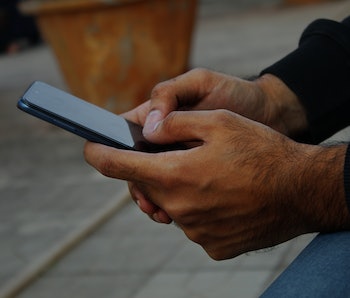 Google is opening up a new form for developers to add more extensive privacy and safety information to an app’s Play Store listing. The company announced in a post on the Android Developers Blog that the new Data safety form has already begun rolling out, with full access available to all developers with a few weeks.

“With the new Data safety section, developers will now have a transparent way to show users if and how they collect, share, and protect user data, before users install an app,” writes Krish Vitaldevara, director of product management.

The new developer form is being provided in advance of data and privacy labels that will be viewable by all Play Store users beginning in February 2022. Much like the labels Apple added to the App Store late last year, they’ll provide quickly scannable info on the app’s data collection and tracking practices.

Apple’s privacy labels have been met with derision from some developers; whether or not Google’s take on that concept is better appreciated by devs, Android users will certainly be better off with the extra transparency.

What users will see — Though this post is for developers, Vitaldevara does spend a significant portion of the post explaining what the new experience will be like for users.

Just under the existing “About this app” section, a new Data safety summary will show safety features the developer has chosen to highlight. End-to-end encryption might be listed here, for example, as well as quick facts about what data the app collects.

Tapping the summary expands the section to provide more detail. This will include extended information on what information is being collected and how that data is used.

A step in the right direction — Google makes it clear in this blog post that it’s giving developers plenty of time to set up their new safety summaries. It’s even been gracious enough to give a couple of months extra time between the feature’s official launch and when it will begin enforcing the requirement.

Until the feature begins rolling out in February, it will be impossible to tell just how closely Google will monitor these submissions. The Play Store is notoriously bad at removing apps that go against its policies in a timely manner, for one thing.

Another potential problem with the feature is that developers could very easily mislead users in these safety descriptions, purposefully leaving out important information on how data is used, for example. Google says any apps found to have discrepancies will face consequences — but actually enforcing that policy in all its nuances would require an in-depth analysis of every app. Apple has faced this issue in attempting to enforce anti-tracking measures.

These labels, like Apple’s, are a significant step toward transparency. How well they’ll actually work… well, that remains to be seen.