People are selling their tweets on the blockchain. Yes, really. 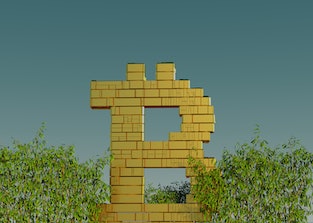 How much money people have offered to buy tweets through Valuables.

Imagine someone posted a tweet that you enjoyed so much that you continue to think about it years later, so much that you just might offer to buy it. That sounds pretty far-fetched — how can you buy a tweet posted to someone else's Twitter account? But buying and selling tweets is now a real thing that's happening thanks to the blockchain.

How it works — On a new platform called Valuables, individuals authorize their Twitter accounts and can then mint any tweet that belongs to them, creating a "non-fungible token," or NFT, on the blockchain that marks it as one-of-a-kind. The tweet becomes recorded on an immutable Ethereum ledger that says, "This person authored this tweet and owns it."

Installing the Metamask browser plugin, the author is then able to take offers from anyone who might want to buy the tweet. If the buyer and seller agree on a price, the NFT is transferred to its new owner. Anyone can request to buy a tweet even if it hasn't been uploaded to Valuables yet.

The market for buying and selling tweets isn't large, but it's probably bigger than you think. Cent, the company behind Valuables, says that over $270,000 has been offered to buy tweets, a 64 percent increase since December 2020. Cameron Hejazi, CEO of Cent, told the website Decrypt that famous entrepreneur and billionaire Mark Cuban netted about $1,000 selling this tweet:

Digital art — The idea of buying a digital asset is a hard concept to wrap your head around, because it contradicts the idea that digital content is infinitely replicable — anyone can right-click and download an image off the web. Or in the case of a tweet, they can retweet it, or take a screenshot. What's more, a tweet can be deleted at any time and the new "owner" of it doesn't actually control that. So how can they really own it?

Creative expression on the web is really not much different from that in real world, like a painting or sculpture. Some people are really good at tweeting, while most are not. But nobody wants to buy a tweet if they can't claim that it's rare or unique in some way. Digital artwork needs a unique certificate of authenticity from its creator that makes it one-of-a-kind, just like those other mediums of expression, that creates scarcity and therefore value.

NFTs are exactly that, and could unlock a new way for artists to make money online that doesn't rely on pumping out a constant stream of content in order to generate clicks and advertising revenue. Even if a tweet isn't sold for thousands of dollars, fans may be willing to spend $10 or $20 to support their favorite Twitter users and collect their most beloved tweets, like collecting baseball cards or shoes. They can tell others the creator sold them a one-one-one version of their tweet.

In photography, NFTs could enable potentially photographers to sell newsworthy photos to the media. The legality of copyright enforcement has not been tested here yet, however.

Auction houses — The idea of NFTs isn't actually new — the website CryptoKitties has been around since 2017 and allows people to buy and sell pixelated illustrations of cartoon cats. And there's Nifty Gateway, a digital marketplace where professional artists sell their works for prices as high as $250,000.

Will everyone want to buy digital artworks? Probably not; the tangible feeling of a book or painting is undeniable. But the digitally native might be willing to pony up and lay claim to a Dril tweet. The market for NFTs is said to be worth about $100 million today.