Carl Pei's Nothing will release earbuds this summer 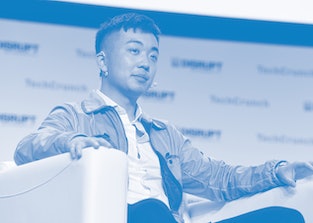 How much money investors have poured into Nothing.

Nothing, the electronics brand created by OnePlus co-founder Carl Pei, has revealed that its first product will be a set of wireless earbuds. Pei confirmed the earbuds’ development in an interview with Bloomberg.

“We’re building an ecosystem of smart devices,” Pei said in the interview. “We’ll start with simpler products, wireless earbuds. We’re going to have multiple products throughout the year, not just audio products, and eventually we want to build it so these devices talk to each other.”

Pei also revealed that Google’s investment arm, Google Ventures, has invested $15 million in the Nothing company. Nothing has taken a very low-key approach to its launch and initial funding rounds, so this sizeable investment comes as something of a surprise.

Nothing’s no longer left with nothing: the company has raised more than $22 million from high-profile backers in the tech industry. That’s plenty of cash to launch — but it’s more unclear whether or not the company will thrive.

Nothing to know — As it stands, Nothing is more of a concept than anything else. Pei only first announced the company’s creation at the end of January, and these earbuds are the first product of which we’ve even heard whispers.

The company will focus almost exclusively on hardware. Pei’s hope is for Nothing to use custom-built components for every piece of hardware it releases, thereby differentiating it from other products in saturated electronics markets.

Google's interested — It can be difficult to feel hyped about a new smart tech brand in 2021; there are already so many of them, and so few are releasing products much more innovative than those we’ve already come to love. Hence the still-rising profits of companies like Apple and Samsung.

Nothing now has two big things going for it: Carl Pei and Google. Pei’s reputation in the tech industry precedes him, thanks to the general success of OnePlus. And whatever Google has seen of Nothing’s ideas intrigued the tech giant enough to invest $15 million. That alone is enough to pique our interest, too.

There are plenty of wireless earbuds available right now. If Nothing doesn’t differentiate itself and generate enough hype leading up to its products’ release, its investors hopes could quickly fall flat.