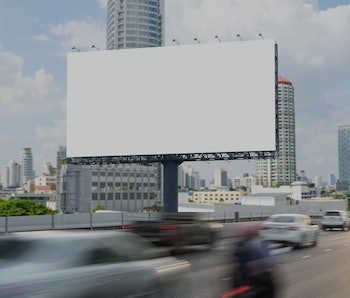 Google has no plans to track users for advertising purposes once third-party cookies have been phased out, the company announced in a blog post this morning. It’s a bold statement from Google, which makes a massive amount of its profits through a personalized advertisement empire.

David Temkin, Director of Product Management, Ads Privacy and Trust, cites a staggering statistic: 72 percent of people feel that almost all of what they do online is being tracked online. “If digital advertising doesn’t evolve to address the growing concerns people have about their privacy and how their personal identity is being used, we risk the future of the free and open web,” Temkin writes.

Google’s decision has the potential to really shake up the online advertising industry. Individualized tracking is a god-tier revenue source for internet companies. As a leader in user-tracking technology — about 40 percent of all internet ads go through Google’s ad systems — Google’s decision will undoubtedly make waves across the entire industry.

But such an industry-shaking decision is not made without caveat. Google’s announcement only covers third-party tracking, which means any personalized tracking done by Google itself is still fair game. Yeah, Google is basically exempting itself from that idyllic vision where privacy is king.

Nice try, Google — Make no mistake: Google’s announcement is a big deal. Perhaps what’s most impressive about it is how successfully Google hides the exceptions to its new rules.

Temkin writes his blog post as if Google’s newfound commitment to privacy is now its most paramount priority. What he fails to mention is that this commitment only extends to third-party companies. Google’s own products like Maps, Search, Chrome, Gmail, Nest, Android, and Waze, just to name a few, will continue to gather information directly about users. And, in spite of this commitment, Google will still sell ad space for specific users for whom they already have contact information. This means you’ll still get hyper-targeted ads on YouTube, for example.

Essentially, Google will continue to do the very thing it is condemning. Sounds a lot like what Apple has been pulling with its own ad-tracking updates.

So what’s next? — When Google first announced its intentions to phase out third-party cookies over the next two years, the company alluded to the development of replacement technology. Now Google says explicitly that it has no plans to do so — which is going to leave third-party advertisers with lots of questions about the future of internet advertising.

There’s a very good chance other companies will step in to create similarly personal tracking technology, entirely separate from Google’s long-standing infrastructure. Google’s own ad-buying tools will focus on its Privacy Sandbox to deliver targeted ads to cohorts rather than individual users.

Meanwhile, Google will continue to profit off your personal web-browsing choices. That’s not going anywhere.