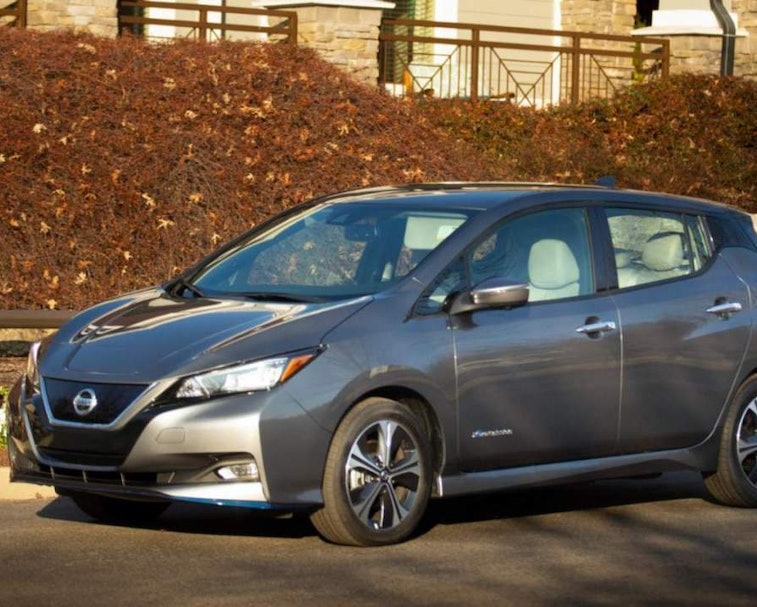 Nissan this week unveiled its 2022 Leaf S with a starting price of $27,400 that’s a huge price cut from the previous model year’s starting price of $31,000. The Leaf was already one of, if not the, most affordable electric cars on the market.

When you factor in the U.S. tax incentive for new EV purchases, the 2022 Leaf could run you just under $20,000. The vehicle is one of the longest-standing EV models in the United States, having debuted all the way back in 2010.

Of course, being at least $10,000 less than a Tesla Model 3, you’re not going to get top-of-the-line specs. The Leaf S is rated for 149 miles of range on a charge as compared to 315 miles from the standard Model 3. It also has a single electric motor, rather than two, with 147 horsepower compared to 221.

Mass market — But the Leaf S is important because if electric cars are ever going to replace CO2-emitting combustion cars, they need to be affordable. The used-car market in the United States is vastly larger than that for new cars — and the average price of a used vehicle ranges from $20,000-$25,000. The Leaf S, then, hits a sweet spot. And for most people, 150 miles on a charge makes it a great commuter vehicle. Road trips may be a different story as you’ll probably have to stop for several charges.

Features — Nissan unveiled several other models including the Leaf SV and the Leaf S Plus. The former starts at a slightly higher price of $28,800 and comes with more equipment as standard. The Leaf S Plus gets a larger battery rated for up to 226 miles of range. It starts at $32,400.

Charging has been a complicated issue for the electric vehicle industry as there isn’t one accepted standard for how it should work. Nissan is using the CHAdeMO fast-charging standard in all Leaf models. That standard isn’t widely used among public chargers, but the Leaf also has a more universal Level 2 charger built-in and Nissan is bundling a charging cable that can plug into standard 240V outlets common at public charging stations.

The Leaf has never exactly been an especially exciting car, but reviews of the vehicle over the years have been positive and it’s the car that the EV industry needs, even if it’s not the car it necessarily wants.