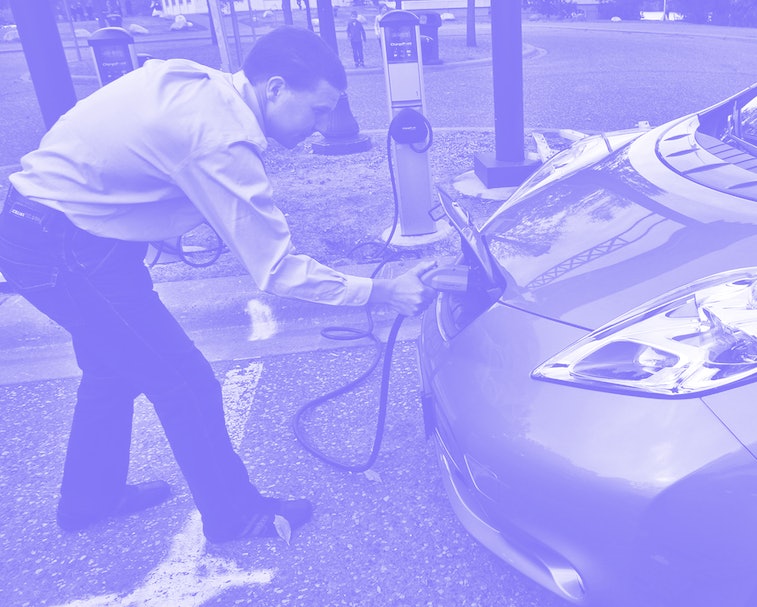 Nissan’s Leaf, an early popular all-electric vehicle, can officially use the bidirectional charging capabilities that have long been built into its circuitry. The automaker has partnered with Fermata Energy to release an official charger — the FE-15 — capable of tapping into the Leaf’s bidirectional charging, sending stored energy back into a home or grid system.

Bidirectional charging, also known as a “Vehicle-to-Home” or “Vehicle-to-Grid” system (though Fermata prefers “Vehicle-to-Everything”), is quickly becoming the buzziest technical feature in the EV industry. The much-hyped F-150 Lightning includes the feature, for example, and General Motors has gone a step further by partnering with PG&E in California to test bidirectional charging as a standard home power backup feature.

All Nissan Leaf vehicles from 2013 onward can now use the FE-15 charger for reverse-charging purposes, as long as they’re fitted with a CHAdeMO charging unit.

Some caveats for now — The V2X bidirectional charger can be ordered through Fermata’s website — though a price has not been provided, and hitting the “order now” button simply opens an email to the general Fermata Energy info address. This launch announcement is really just for commercial and government fleet owners — meant to be used by businesses and government agencies rather than home users.

Approval for home use will come at a later date (though how long the wait will be on that one is very unclear). Still, that promise could present a significant reason for Leaf owners to keep their vehicles, and for would-be EV consumers to consider the Leaf as an option for their next car. (Even the latest model of the Leaf includes that CHAdeMO charging port, despite the protocol quickly going out of vogue in the industry writ large.)

Better battery backups — Bidirectional charging is one of those features that really bring future-forward potential to electric vehicles. We’re crafting these massive, modern batteries — why wouldn’t we give those batteries the ability to be used for secondary purposes? Ford’s really been pushing this ability in marketing the F-150 Lightning; what if you could boost another EV’s dead battery while out on the highway, for example?

Tesla is the only automaker that’s explicitly expressed disinterest in building bidirectional charging into its EVs. That’s no surprise, though; the company’s Powerwall fulfills that purpose.