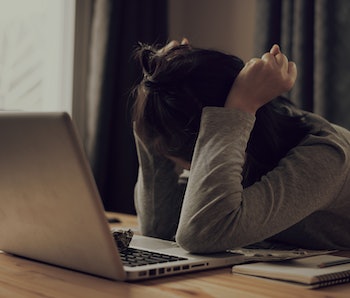 New York is launching a new unemployment application system that is supposed to ease the burden on a crush of New Yorkers who are suddenly trying to apply. The new system was created in partnership with Google, according to Governor Andrew Cuomo, and crucially won't require applicants to call the Department of Labor after applying. Now once an application is submitted, the state will call applicants itself within 72 hours.

Addressing unprecedented layoffs — Until now the system has required anyone filing for unemployment benefits to call after submitting their application so their personal information could be verified. But the COVID-19 coronavirus outbreak has resulted in a mass amount of people losing their jobs, and there weren't enough call center representatives to handle the unusual influx. Some New Yorkers have reported calling thousands of times and still being unable to reach a representative to complete their application. For the many who live paycheck to paycheck, any delay could result in dire consequences.

For context, the number of people in New York filing for unemployment during the week ending March 28th was 366,403 — 286,404 more than the week before, or a 360 percent increase. The unemployment rate across the entire United States hit record highs this week, with some economists predicting it could be over 13 percent. That number was 3.5 percent prior to the coronavirus outbreak. Unemployment could be even higher than 13 percent, however, since other states are likely facing the same backlog of applications as New York.

New York is stepping up — To meet the demand, the amount of call center workers handling applications has been increased to 1,000. New York is also extending benefits 13 more weeks, from 26 to 39 weeks. Unemployment filers will also be getting an additional $600.

On a more positive note, New York's aggressive attack on the outbreak appears to be showing results. Cuomo said yesterday that hospitalization figures indicate the rate of new infections is slowing. Still, the overall death toll in the state from coronavirus stands at more than 5,000.