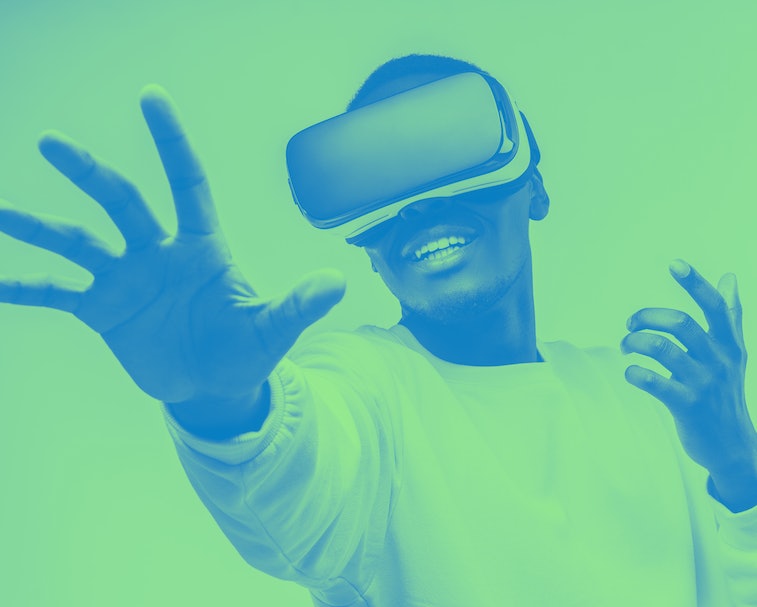 Another day, another step toward Blade Runner retroactively becoming more of a documentary film than science fiction. Researchers in Sweden recently published a study detailing the effects of friends swapping vantage points through a “perceptual illusion,” and the results are about as creepy as they are unsurprising: essentially, their subjects’ personalities began to temporarily merge.

Me, myself, and I (or you) — As detailed in a new article published in the journal, iScience, a team of researchers at the Ehrsson Brain, Body & Self Laboratory gave pairs of test subjects goggles displaying live feeds of their friends’ visual perspectives, then provided corresponding physical feelings to whatever activities they were given. After only a short time using the headsets, test subjects’ senses of self-perception began altering to mirror what they “saw” in front of them.

To provide even more evidence, Science Daily reports that the researchers “threatened the friend's body with a prop knife and found that the participant broke out into a sweat as if they were the one being threatened.” Which is kind of a dick move, frankly. Surely there had to be a less stressful way to demonstrate this?

Before their first-person switcheroo, scientists required the test subjects to rate their friends on attributes like “talkativeness, cheerfulness, independence, and confidence.” During the experiment, they then rated themselves. Compared to each other’s assessments, the test subjects often rated themselves more closely to the traits of whoever’s body they “inhabited.”

Look, it’s confusing, we know. But just take our word for it: Apparently, people’s personalities can change depending on who they are subconsciously fooled into believing they are.

Memories are malleable, too — If that weren’t off-putting enough, results also indicated that such self-perception augmentation could affect memory. It’s long been known that people can remember things much more easily if they are directly related to themselves. With that in mind, subjects who didn’t experience a mind-meld as much as others had lower recall abilities during the test. However, those who found themselves identifying more strongly with their partner’s perception and sense of self performed better in those same tests.

So what does this all mean, apart from the slow, creeping realization that the self is an illusion, and we are all but mere puppets to the whims of those cosmic forces with stronger wills beyond us? Well, it could definitely help researchers with treatments of various psychological disorders relating to depersonalization, and even depression. No word on if it’ll help with the depression that comes from the feeling of one’s hands typing these very words belonging to someone else. Hey, at least this isn't as depressing as Elon Musk implanting a Fitbit in your brain, or an Apple Watch that studies your neuroses.