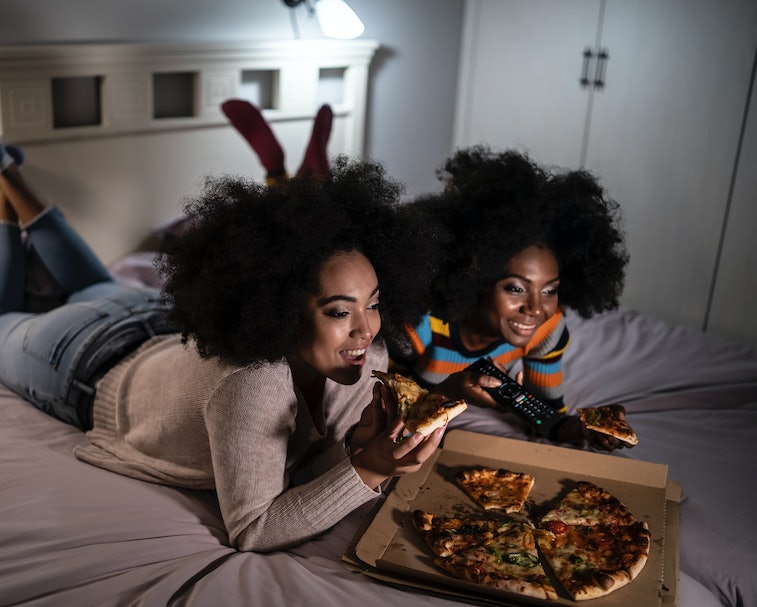 Before COVID, there was nothing worse than getting on a plane only to realize you hadn't downloaded anything to watch. Netflix is rolling out a feature to address that problem called "Downloads for You." When enabled, the new feature will automatically download recommended TV shows or movies to your phone or tablet. Netflix says it's part of the company's efforts to "make it even easier for members to discover and enjoy new series and films."

The feature is already available on Android with an iOS update coming soon. Anyone precious about their storage space can rest easy: Downloads for You is opt-in, and users can choose how much storage space they'd like to allocate to it. Content is only downloaded over Wi-Fi.

How to try it — If you have an Android device, you can opt-in today by visiting the Downloads tab and then toggle Downloads for You. A maximum of 5GB can be allocated to the feature, and the more space you allow it, the more recommendations Netflix will automatically download.

Limited use — This feature may be particularly useful for people with capped cellular data plans. For those with unlimited plans from carriers like T-Mobile, it might not be as valuable, as customers are typically only throttled after using 35-50GB or more data in a month.

As Netflix's content library has ballooned over the years to appeal to every niche interest, the company has worked to make it easy for users to sift through it all and find something to watch. The company collects massive amounts of data on viewing activity which it uses to generate its recommendations.

To appeal to TV watchers nostalgic for channel surfing, Netflix has even tested a linear channel in France that plays a pre-programmed feed of the platform's content. The hope is these features can help alleviate fatigue caused by the tyranny of choice and surfing endlessly through the platform's giant library.

Whether or not Downloads for You will be a winner, Netflix is willing to try just about anything to keep people engaged.