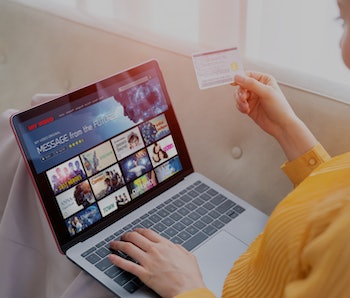 Netflix is testing a new feature called Direct, a linear-style channel that plays a pre-programmed feed of the platform's content library. The channel is being tested in France initially, as Netflix says consumers there still enjoy watching traditional TV. "Many viewers like to avoid choosing what the watch," the company said in a blog post.

Paradox of choice — This is an interesting departure from the company's reliance on algorithms to serve up content it thinks users might like. But maybe some people want to be surprised by something they normally wouldn't be recommended, or have binged all their favorite shows and don't know what to try next. The paradox of choice is a real thing — once you've watched all the most talked-about shows and movies, it can be hard to discern what you might like from the rest. A "lay back" experience takes away the effort of scrolling through menus continuously until you get frustrated and go looking at TikTok instead.

“If you’re lacking inspiration or using Netflix for the first time, you can let yourself be carried away without having to choose a particular title, and be surprised by the diversity of the Netflix catalog,” Netflix wrote.

Roku has been adding free linear channels to its service, including live news from the likes of ABC and Cheddar. It also has channels that play free movies.

Price competition — The new feature comes shortly after Netflix raised the prices of its two most popular plans, with the most popular plan now costing $14 a month. That's only a dollar less than HBO Max, and double the price of Disney+ with its massive catalog of Marvel and Pixar films. Both of those services intend to include 4K video on their standard plans (Disney+ already does, but HBO says it's coming soon) whereas Netflix requires customers pay for the $18 a month "premium" tier to unlock the best video quality.

By serving up content that users might've not chosen themselves, it's possible that Netflix wants to convince subscribers that it still offers a good value for the money.

The company creates a lot of content that appeals to niche audiences, however, so it'll be interesting to see whether a de-personalized channel can keep people's interest. Disney and HBO already have experience in linear programming and serving niche audiences. You know what you're getting when you turn to their channels, whereas Netflix is much more general.

Direct is only available through the web version of Netflix initially, not its apps. There's no word on whether it will come to other countries.