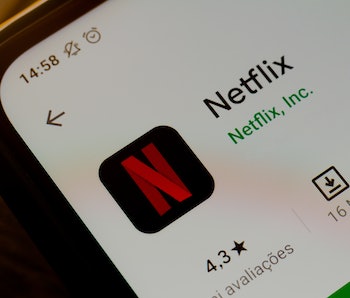 Marking the end of an era, Netflix no longer offers one-month free trials to new subscribers in the United States. The company has instead been moving towards a "sampling" model where it makes select shows and movies available to watch for free.

More recently Netflix made its movie To All the Boys I've Loved Before available to watch on its site without an account and released a complete Dave Chappelle standup special on YouTube.

Netflix has already phased out free trials in other parts of the world.

Everyone knows Netflix — The company confirmed the change in a statement to The Verge today. More than 73 million people in the U.S. subscribe to Netflix, and that doesn't account for the legions of people who share account credentials with friends and family. Which is to say, it's mostly saturated stateside, and everyone knows that Netflix is synonymous with having a great catalog of content. The company continually releases new TV shows and docuseries like Tiger King that everyone talks about and tunes in for. Most people in the U.S. have probably tried the service by now and decided whether or not they see the value.

On top of that, recent data has shown that Netflix converts more than 80 percent of its free-trial users to a paid subscription. It's probably confident enough now that it doesn't need to offer free trials. People are signing up and deciding to keep paying, so the free month is lost money.

Building an initial subscriber base — Newer upstart services like Apple TV+ and Disney Plus are relying heavily on free trial periods to bring in their initial customers, who they hope will rave about their services and convince friends and family to join. The former offers a free year subscription with the purchase of an iOS device, while the latter gives Verizon customers a year free. Netflix, on the other hand, doesn't need to convince people of the quality or depth of its content library anymore. It has something for everybody.

Thanks in part to the pandemic, Netflix added more than 10 million subscribers globally in the most recent quarter to reach a total of 193 million global paid subscribers.