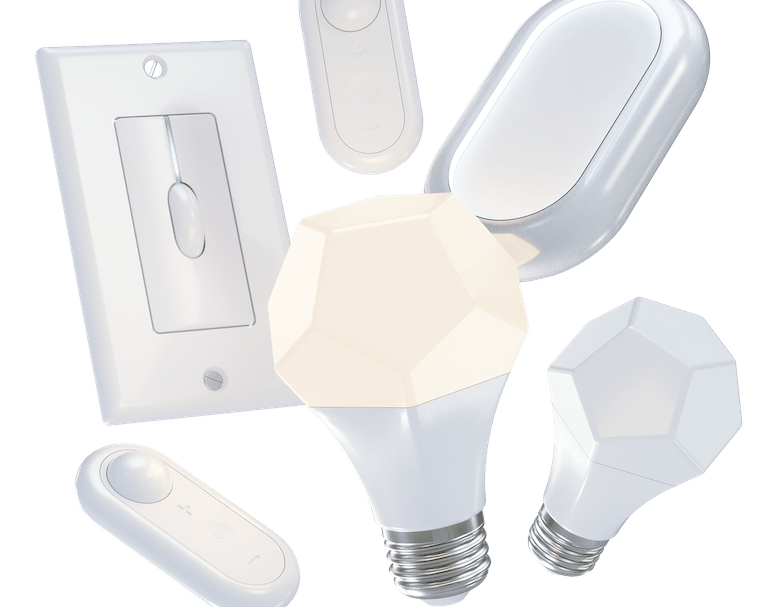 Canadian smart lighting company Nanoleaf is best known for its color-changing LED panels, but it's got greater ambitions for your home than merely giving your living room a touch of disco. In Q4 this year it's releasing a range of smart sensors and switches called the Nanoleaf Learning Series that'll monitor your habits and control your lighting accordingly.

Less talk more action –– The idea is that consumers will spend less time barking commands at smart speakers or fiddling with apps. The system includes a gateway, bulbs, buttons that double as motion sensors (and will be sold in packs, because more data means more accuracy), and switches that include a physical dimmer roller (with a built-in LED strip to indicate illumination level). Bulbs will cost around $20, buttons $15, and the switches $50 each. Pricing for the gateway will be confirmed nearer to launch.

Mesh networking for multi-room support –– Built-in mesh networking means you can expand the system to multiple rooms, and yes, it'll learn routines for each room. What sort of routines? Say for instance you routinely get up at 3 a.m. and head to the restroom, the system could be trained to turn on lights between your bedroom and restroom at 10 percent brightness, and turn them off again behind you as you head back to bed.

CEO Gimmy Chu says Nanoleaf has no interest in rushing products to market because all it takes to put a customer off is to "turn one light on when they're not expecting it." Equally bad is turning one off when you really, really need it.