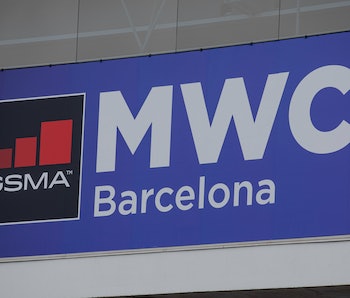 Mobile World Congress, the largest phone show in the world, has been officially canceled due to the spread of the coronavirus (Covid-19). The news comes after a week where some of the biggest vendors, including LG and Sony, decided to back out of the event, citing safety concerns and issues booking flights.

GSMA CEO John Hoffman said in an emailed statement that the coronavirus made it "impossible" for the event to go on. The GSMA, which runs MWC, held an emergency meeting this morning to force a decision about whether or not to cancel.

This process has been chaos — The GSMA waited until less than two weeks before the event to officially cancel it. In the meantime, more than ten major vendors backed out of the conference. Everyone else associated with the event has been sitting in limbo wondering if they would need to cancel flights, change editorial calendars, and figure out whether or not to be in Barcelona at the end of the month. The GSMA really fumbled the ball on this one, and its patrons are the ones who will pay for it.

Well, GSMA will pay for it, too — There were reports that the GSMA was hoping Spain would declare a state of emergency, which would allow it to file an insurance claim and (hopefully) return much of its investment. Looks like that failed to take place and, as a result, the GSMA will most likely lose the majority of the money it poured into the event — and everyone else will need to work on flight refunds.