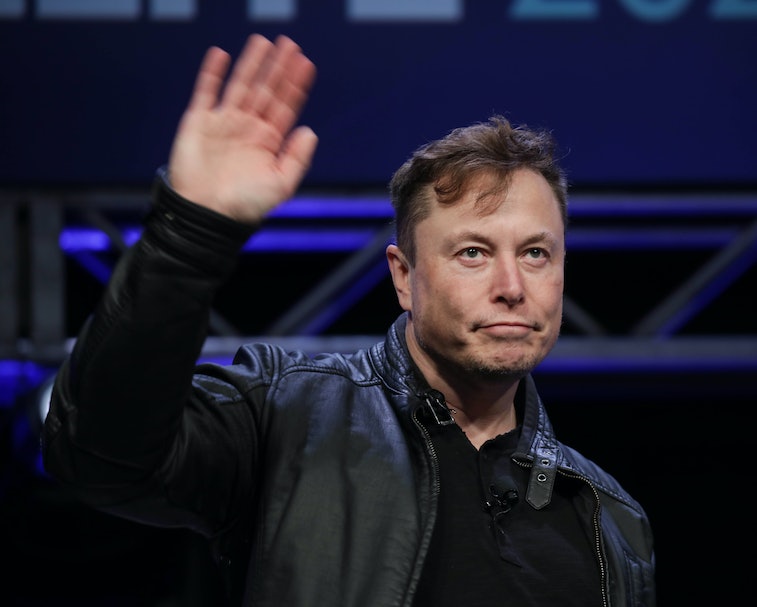 Elon Musk, ready as always to fill his dream role playing the world’s richest vigilante, said yesterday that he will make ventilators "if there is a shortage" of them for treating COVID-19 patients. When told that that shortage has already begun, Musk said, “Ventilators are not difficult, but cannot be produced instantly.” That is, they're not difficult to make compared to the life support systems required for space craft or the ventilation systems built for Tesla cars. What's difficult is making them in a hurry. At least he acknowledges that.

The Tesla CEO has never been shy about wanting to sweep in with his billions and save the day. But if his past performance proves anything, it’s that his ideas for public good often go awry and disappoint.

Let’s check the receipts — Musk’s rescue efforts are, more often than not, soured by reality. Remember when that Thai soccer team found itself trapped in a cave? Musk’s interest in the efforts to rescue the players began much the same as his ventilator response: “I’m happy to help.” That soon turned into a full-fledged rescue attempt, where Musk sent SpaceX engineers to Thailand to build a mini-submarine.

The engineers completed the submarine in a mind-boggling eight hours, but in the end it wasn’t used to help the team escape. Less than a week later, after one of the actual rescuers publicly mocked Musk’s submarine, Musk called him a “pedo guy,” killing off the last of any goodwill the public might have felt about his efforts to help.

Didn’t he just make fun of the pandemic panic? — Yes, he did. Just a week and a half ago, Musk tweeted “The coronavirus panic is dumb,” to the internet’s immediate horror.

Musk’s business practices during the fallout of the COVID-19 pandemic reiterate his view that the world is over-reacting to the spread of the virus. Just yesterday it was reported that Tesla is encouraging its workers to continue working, despite the insistence from many government organizations to stay home. Many Tesla employees are already taking unpaid time off, which means those left are stretched thin.

The need for ventilators is real, though — All across the U.S., hospitals are preparing for the worst-case scenarios the COVID-19 pandemic could create. Ventilator availability is one of the top concerns should large numbers of serious cases occur at once — which looks very likely to happen. Despite Musk’s continued mockery of the situation, his resources could prove extremely useful if correctly allocated, and promptly.

Right now, Musk’s help is simply conceptual. Meanwhile, other companies are stepping up to the plate in more concrete ways. Sharp, for example, is using some of its factory resources to produce much-needed face masks.

Given his track record, we probably shouldn't rely on Elon Musk to save us in the face of a pandemic. But we’re very happy to be proven wrong.

UPDATE: New York Mayor, Bill de Blasio reached out to Elon Musk directly on Twitter on Thursday after seeing a tweet from FiveThirtyEight editor Nate Silver encouraging cities in need to take the Tesla CEO up on his offer. De Blasio said, "New York City is buying!" To which Elon Musk responded, "Sounds good, we will connect with your team to understand potential needs."