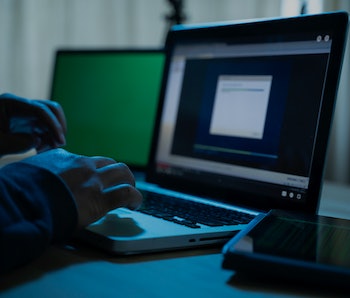 Mozilla has decided to kill off its Firefox Send file transfer service because people were using it to deliver malware and conduct spear-fishing attacks. The service was free and allowed people to transfer files up to 2.5GB by sharing a web address with the recipient.

Shocker — Firefox Send was similar to file-sharing options from the likes of Dropbox and WeTransfer, but you need a registered account to use those whereas Firefox Send allowed users to transfer files anonymously. What's more, the way that files were encrypted meant Mozilla couldn't decrypt and scan them for malware. Who could have possibly predicted that an anonymous, encrypted file sharing service would be used for such nefarious means?

With Firefox Send it would be trivial to upload malware and then use email to trick someone into downloading the files.

Looking beyond Firefox — Mozilla took Send down earlier when it discovered the seedy behavior, but since the service was free, it seemingly decided the effort to fix its problems wasn't worth further investment. It's also discontinuing Firefox Notes, a service that let people synchronize notes across devices.

As the Firefox browser continues its slow decline in usage, Mozilla has been trying to branch out and find other ways to make money. Its biggest revenue stream, more than 80 percent, has always been the hundreds of millions of dollars that Google pays Mozilla to make its search engine the default in Firefox. Such a heavy reliance on one partner is dangerous, and the writing is basically on the wall considering Firefox has a tiny market share on smartphones.

Another initiative Mozilla has been investing in is its own VPN service that costs $5 per month.