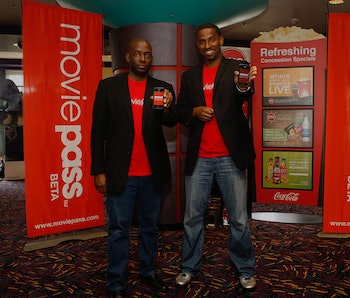 MoviePass is back for real this time. Beginning on September 5, the subscription movie service will relaunch as a beta program — but there will not be an option for unlimited theater outings. Instead, subscriptions will be available for $10, $20, or $30 per month, with prices varying slightly depending on a subscriber’s home market.

The new MoviePass will open as a waitlist on Thursday, August 25 at 9 a.m. ET; it’ll stay open for five days but is first-come, first-served. Those would-be subscribers that make it through to the beta program will be given 10 invites for friends, too.

MoviePass co-founder Stacy Spikes has been trying to relaunch the service ever since the original company went bankrupt in 2020. Because of how spectacularly the original MoviePass imploded, the new service does have some caveats, the biggest being that each subscription tier will include only a set number of “credits” to be used each month.

Caveats all around — Those lucky subscribers that make it through to the first beta round will indeed be sent a MoviePass-branded card to use for purchasing tickets — though this one will be black instead of the now-iconic red card used the first time around. The new MoviePass card can be used to book tickets at “all major theaters that accept major credit cards” in the United States, though MoviePass only has explicit partnerships with about 25 percent of all theaters across the country.

And don’t expect to start using MoviePass right away for some Labor Day viewing. MoviePass says it will be launching in waves in different markets, with launch dates scheduled based on “level of engagement from the waitlist in each market as well as locations of exhibition partners.” Beta list sign-ups will receive an email when their market is ready to launch.

About that web3... Conspicuously absent from the new MoviePass FAQ page: any mention of the blockchain. When MoviePass hosted an announcement event about the re-launch back in February, Stacy Spikes said the new service would be “powered by web3 technology.” Either MoviePass scrapped that idea as the crypto market came crashing down this summer... or the web3 integration will simply be a surprise saved for a later date.

Competitors abound — When it first launched in 2012, MoviePass was a novelty, and, as such, it caught on fast. MoviePass proved moviegoers would go crazy for the ability to attend as many screenings as they wanted for one monthly fee.

In the years between MoviePass’s peak and its conflagration into bankruptcy, the country’s largest theater chains have done exactly what you’d expect: they’ve launched unlimited viewing plans of their own. When MoviePass relaunches on Labor Day, it’ll be into a market that’s now pretty saturated with similar options. We’ll reserve full judgment until each tier’s details are revealed, but suffice it to say MoviePass will need to be a very good deal to make its way back into mainstream adoption.