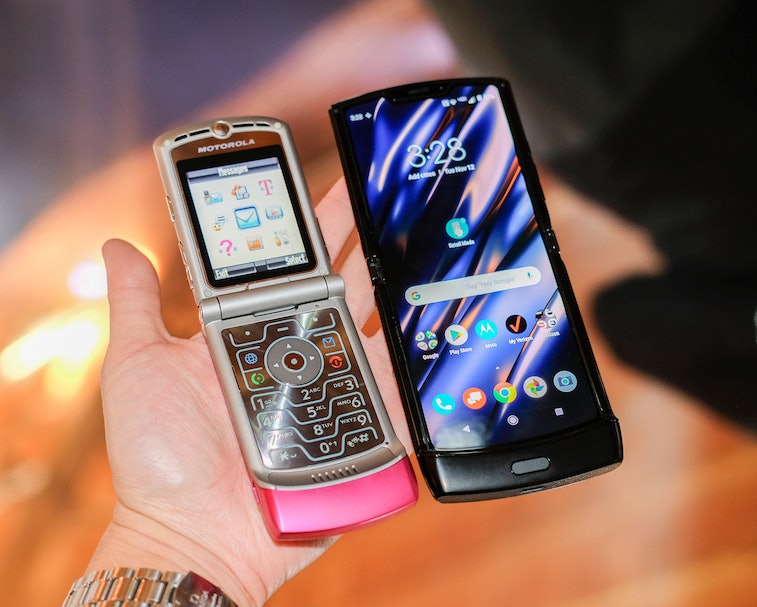 Motorola's foldable Razr isn't supposed to arrive in customer hands until February 6. Either Motorola is shipping devices early or its delivery services didn't get the memo to withhold them until later this week.

Several buyers including Mobile Nations editorial director Nirave Gondhia pre-ordered their Verizon-exclusive Razr last week and received them today. Like any excited gadget nerd, he unboxed it live on Twitter.

The 20-minute unboxing shows off the Razr's packaging, which we already knew doubled as a dock and speaker amplifier.

Overall, Gondhia is impressed with the Razr's build quality and the virtually invisible crease in the plastic OLED display. It's not all paradise, though. He raised one concern: the gap between the edges bordering display, suggesting there's room for dust or dirt to get trapped underneath just like with original Galaxy Fold devices sent to reviewers.

At the Razr's unveil event last November, Motorola said it stood by the Razr's durability and the phone wouldn't suffer from the same issues that doomed the Galaxy Fold. However, last week, the company also released several instructional videos for the Razr, going as far to say "bumps and lumps are normal.

Early and late deliveries — If you ordered a Razr, you might get lucky like Gondhia and see it arriving earlier than the street date. Check your order information to see if it's on its way. Otherwise, you'll either get it on February 6 or later. Demand clearly outstripped supply on pre-order date and many customers saw delivery times slip by a few days after the launch date.