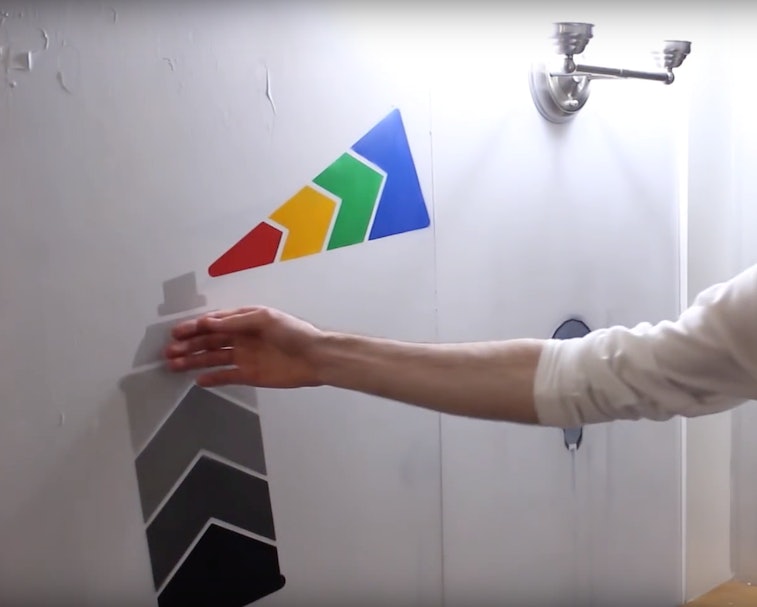 MIT researchers have developed a sprayable sensor that can turn graffiti into a tactile user interface. MIT News reports SprayableTech came from researchers at MIT’s Computer Science and Artificial Intelligence Laboratory (CSAIL). Users create their desired artwork / user interface in a 3D editor that can either create stencils or project designs onto the surface of their choice. Then, with a few layers of conductive copper spray paint, users can control objects like lamps, displays or anything that can connect to a computer.

Spray and touch — SprayableTech allows for larger-scale interface creation than was previously possible for artists, designers, and architects. The airbrushed spray with its electrically functional elements can be used within the home or in public spaces.

Not just one touch controls — Researchers found the technology works on a variety of surfaces from leather to porous stone to rough wood. They tested the Sprayable Tech on a concrete pillar, a leather couch, the wall of a home, and a lamp post. Projected stencils are less precise than cardboard stencils, but work better for rounded surfaces. They also demonstrate in the video above how the technology can be used to control multiple things, like the brightness and hue of smartbulbs, rather than merely being able to toggle them on or off.

After spraying the surfaces, users attach a micro-controller that connects to the main controller running the code for the interface’s functionality. The technology could be used in municipal infrastructure, make for smarter cities, be used in smart home gear, or for art installations. It's the last of these where we expect we'll see it first, but we'd really like to to be able to spray some smart switches around our apartments.