Millions flocked to Telegram and Signal while Facebook was down 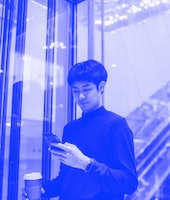 How many new users Telegram gained on Monday alone.

It turns out Monday’s prolonged Facebook service outage hit the company right where it hurts the most: its user metrics. More than 70 million new users signed up for Telegram during the six-hour outage. Telegram is best known for refusing to bow to pressure from Russian authorities to let them have access to it. Telegram CEO Pavel Durov said in a post on his Telegram page that Monday represented a “record increase in user registration and activity” for the app.

“I am proud of how our team handled the unprecedented growth because Telegram continued to work flawlessly for the vast majority of our users,” Durov wrote. He acknowledges that some users in the Americas may have seen a bit of a slow-down, as this was the busiest area for Telegram during the outage.

Signal, the other popular end-to-end encrypted messaging app, also saw a huge spike in user signups during and after the Facebook outage. Signal reported via its official Twitter account that “millions” of new people joined Monday. Some users reported issues with viewing all their contacts on the app, but otherwise, its servers seemed to be running smoothly.

Facebook still wins — This is not the first time a Facebook scandal has sent Messenger and WhatsApp users flying over to alternative apps. When Facebook announced earlier this year that it would soon force users to share their data with Facebook, for example, Signal saw a 4,200 percent increase in week-over-week downloads.

The downside to this impressive growth is that these swaths of Messenger and WhatsApp users aren’t definitively quitting Facebook when they download Signal or Telegram. There’s a good chance they return to their preferred service — the one where all their friends and family are — once the latest Facebook scandal has passed or its services come back online.

Both Signal and Telegram offer one invaluable feature, though: they’re not owned by Facebook. But whether or not that alone is enough to ever push them into the mainstream remains to be seen.