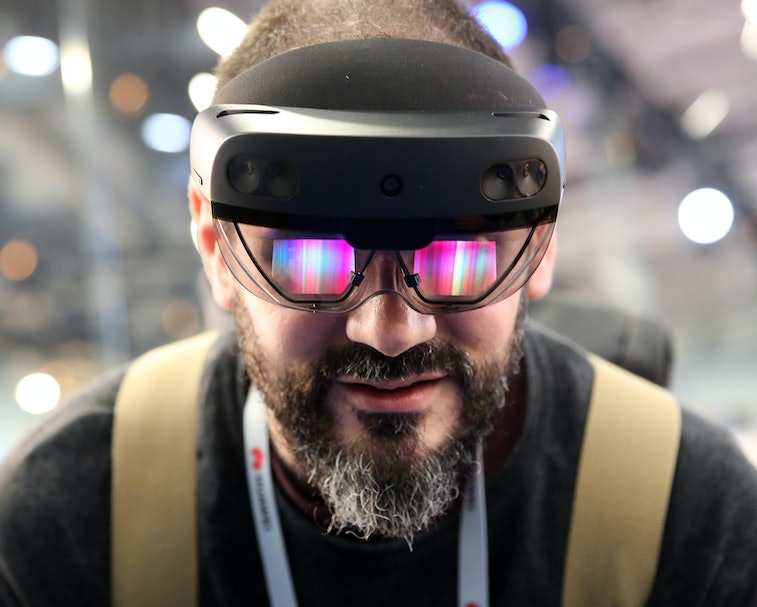 Microsoft’s HoloLens 2 only just started shipping in November, and already users and developers are having issues with the pricey mixed reality headset. Now Microsoft has confirmed that it’s at least looking into these issues, though the company hasn’t given any sort of timeline or other details for fixes.

Acknowledgment, if nothing else — Following months of claims of display issues by early HoloLens 2 testers, Microsoft has finally given a small head nod of acknowledgment. In a statement to Road to VR, a Microsoft spokesperson said, “We are aware of reports from some developers experiencing issues with their displays and we’re working closely with them to understand the underlying cause.

Its creator isn’t having any of it — In December HoloLens creator Alex Kipman, tweeted a thread of responses to the pictures. “Taking monocle pictures from a phone (or other camera) is completely outside of our spec and not how the product is experienced,” he stated. Kipman also encouraged HoloLens users to contact him directly via email with any concerns.

Users have still been complaining about color inconsistency, though — separate from the rainbow photos — which is probably why Microsoft stepped in to respond. If Microsoft wants people to keep shelling out $3,500 for these headsets, it will need to work fast on some updates.