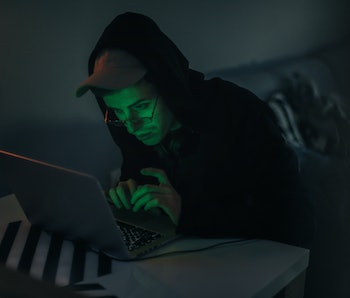 Microsoft is the company hackers most frequently imitate to try to trick people into handing over their login credentials. That's according to Check Point Research, a cyber threat intelligence company that tracked the brands most targeted during the June through August 2020 period.

The data indicates that Microsoft has risen from fifth place earlier in the year to first place today, suggesting that hackers are capitalizing on the work from home trend triggered by the coronavirus pandemic.

Targets may receive an email from Microsoft indicating that it has "detected unusual login activity," and an unsuspecting victim may be more willing to open it because they are logging in from their home more than they used to.

Experts have said that the shift to working from home causes increased cyber risk for businesses as factors like unsecured home Wi-Fi become new vectors for attack. They also, of course, have to deal with employees themselves stealing data with nobody watching them.

After Microsoft, the brands most enthusiastically targeted were Google and, for some reason, DHL. Others that made the top 10 include PayPal, Netflix, Facebook, Apple, WhatsApp, Amazon, and Instagram. Email was by far the most popular vector of attack.

Protect yo-self — As per usual, you should be careful when opening any links sent via email. Hackers commonly use email addresses that look similar to legitimate addresses but with subtle modifications to the spelling, like an extra consonant. Also, check to see whether the email is coming from an encrypted address. When in doubt, if it feels suspicious, it probably is.