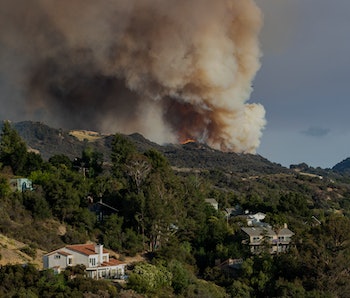 If you think law enforcement is bad, add a need to meet quarterly revenue goals to that mix.

The local crime monitoring app, Citizen, came under scrutiny last week following a report that the company had placed a $30,000 bounty on a suspect it believed to be behind an arson incident. The individual’s name had been identified by users of Citizen, who can discuss developing incidents in livestream discussions and contribute anonymous tips.

Crazed manhunt — Now, newly leaked Slack chat logs show how CEO Andrew Frame created the whole debacle, and argued that if Citizen could identify and capture a suspect, it would boost the app’s popularity and demonstrate its potential to keep communities safer. VICE obtained the logs, which show just how aggressive Frame was about this mission:

"FIND THIS FUCK," he told them. "LETS GET THIS GUY BEFORE MIDNIGHT HES GOING DOWN."

After police made an arrest of a completely different suspect, Citizen was forced to apologize for sending people on a manhunt to find an innocent person.

It shouldn’t be lost on anyone that Citizen, by encouraging vigilante justice, is doing the exact opposite of making communities safer. The app alerts users of crime reports that Citizen culls from 911 scanners, but it also lets users submit their own reports. In today’s climate of distrust, that could bring unwanted attention to innocent people of color wrongly deemed “suspicious” by neighbors. There’s a lot of talk about how tech companies might be violating First Amendment rights, but Citizen is effectively violating the Fifth Amendment protection of due process.

Profit motive — Citizen tries to sell its users on a product called Protect, a $19 per month service that allows users to livestream video to a Citizen employee who monitors it and will contact emergency services if needed. At the same time, users are bombarded with notifications alerting them to all kinds of situations occurring in their area, ranging in severity from “assault” to “injured bird.”

The company told VICE that it’s experimenting with adjusting the types of incidents it notifies users about. But the aim of the notifications, according to anonymous employees speaking to VICE, is to make people feel vulnerable enough to sign up for a subscription service. The company also came under fire recently for testing a private security service that could be requested to the scene of an incident.

Citizen originally launched in 2017 under the name “Vigilante,” but it was removed from Apple’s App Store for obvious reasons. It’s a bad idea to turn untrained individuals into freelance law enforcement. Whatever critiques one could make of police, none are remedied by Citizen.