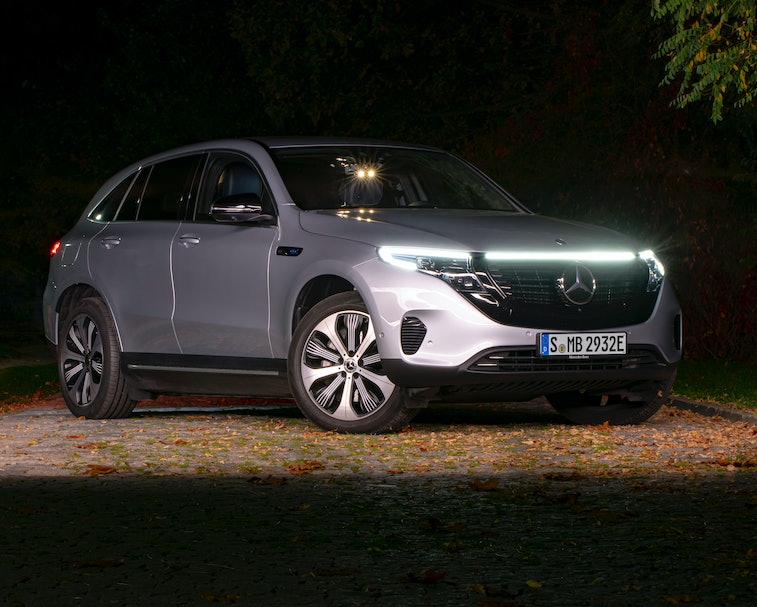 Mercedes-Benz is making a bold commitment to go all-electric by the end of the decade, “where market conditions allow.” More specifically, by 2025, all of its new vehicle designs will be based on electric platforms. It’s already shown off three electric models which will all be available before then, but its latest announcement is a far more comprehensive commitment from the German automaker.

The Germany-based automaker plans to launch three pure-electric platforms by that year: MB.EA, for medium and large passenger cars; AMG.EA for high-end performance vehicles; and VAN.EA, for commercial vehicles and vans.

Yes, but — Now, Mercedes is hedging a little bit, saying that consumers will have the option of purchasing any of its models in zero-emissions variants. But that doesn’t necessarily mean it will stop selling gas-powered cars by the end of the decade. Consumers in some parts of the world may be inhibited by poor electric infrastructure or otherwise won’t be able to afford an electric car.

Still, Mercedes is at least committing that it will be ready to eliminate gas-powered cars wherever doing so is viable. “The EV shift is picking up speed — especially in the luxury segment, where Mercedes-Benz belongs,” said Ola Källenius, who leads Mercedes-Benz, said in a statement to CNBC. “The tipping point is getting closer and we will be ready as markets switch to electric-only by the end of this decade,” he added.

Regulatory changes — Automakers were long reluctant to take electrification seriously. It’s costly to invest in research and development, as well as design entirely new vehicles and manufacturing processes to support them. And gas-powered vehicles continue to sell exceptionally well — there has really been no incentive for carmakers to invest in electrification.

But new regulations across the world are forcing the matter, as the European Union and other legislative bodies push aggressively to reduce CO2 emissions. In the United States, California plans to phase out sales of new gasoline-powered cars by 2035. The United Kingdom will stop the sale of new diesel and gasoline cars by 2030. The result is that a slow march of automakers have come out saying they’re going green. That momentum should help to expand the infrastructure necessary for electric cars.

Chasing Tesla — The success of Tesla, after years on the edge of bankruptcy, has also proven that electrification can succeed. CEO Elon Musk demonstrated that electric cars can not only be practical but attractive, and even better than gas-powered alternatives. Now that company is facing intense competition and its vehicles don’t look as special anymore, but Musk bets that Tesla can win with unique technology like Autopilot, and by providing a full-stack solution to all energy needs, including solar panels and stationary battery storage, along with custom batteries and production lines built exclusively with EVs in mind, rather than retrofitted to produce them.