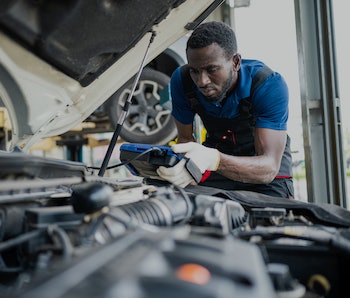 The right-to-repair movement landed a big win in Massachusetts this week after the public approved Question 1, a ballot measure asking voters to strengthen laws guaranteeing people are able to independently repair things they own.

This particular law covers cars and access to telematics data generated by a vehicle through its driver assistance and diagnostic software. In a Tesla, the proprietary diagnostic tool is called T-Diag, and with access an owner or independent repair shop can install new parts and "code" them to the car. Heretofore, however, Tesla has withheld access to T-Diag from anyone except its own authorized repair shops.

Monopoly power — Carmakers including Tesla aggressively fought against Question 1, claiming that opening up access to telematics data could increase cybersecurity threats or lead to botched repairs. But voters ultimately sided with proponents of the national right-to-repair movement who say that the price of repairs is artificially inflated because hardware makers push customers to bring their hardware back to the original manufacturer for any fixes. Companies including Apple and even tractor maker John-Deere have come under fire in recent years for locking down the software in the products, with critics arguing that owners should have full control over their devices once they purchase them.

“This will be the most advanced Right To Repair law in the world, opening wireless automotive diagnostics and unleashing a world of possible apps," said Kyle Wiens, founder of iFixit.

There was already an existing right-to-repair law on the books covering telematics data in Massachusetts, but it concerned only data transferred over wires, and Teslas transmit most data over Wi-Fi. Now automakers will be required to provide owners and repair shops wireless access to all of the diagnostic information they transmit, should they have the capability of transmitting over Wi-Fi. This way, repair shops won't have to call Tesla's support line for assistance getting access to data useful in repairs.

Own the thing you own — Besides making third-party repairs easier, the new law could enable new businesses — with permission from the driver, a company could access travel data and use that information to offer relevant promotions. Insurance companies could offer lower rates based on a driver's behavior. The data will be less valuable for Tesla, however, now that it cannot hold it exclusively.

Allowing a monopoly is rarely beneficial for the consumer, and drivers of Teslas have long complained that the company is slow to provide service repairs because its network of repair shops remains small. The right-to-repair movement effectively argues that when you purchase a device, you should be entitled to full control over said device — including who repairs it when it breaks. The new law in Massachusetts moves that one step further ahead.