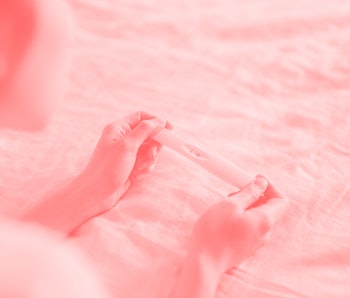 The market for apps offering fertility guidance and tracking for women has really taken off in recent years — but the free versions might come with the high price of stolen data. A new report from researchers at Newcastle University in the U.K. and Umeå University in Sweden concludes that many of the most popular fertility apps are tracking users and collecting way too much sensitive data (h/t Fast Company).

For their analysis, researchers Maryam Mehrnezhad and Teresa Almeida downloaded 30 of the top fertility apps from the U.K.’s Google Play Store. They then used Lumen’s Privacy Monitor app to monitor what kind of trackers each app was employing, either explicitly or in the background.

Mehrnezhad and Almeida found that, on average, these apps launched four separate trackers, the majority of which did not comply with European privacy laws. These are apps filled with even more personal information than most — everything from sexual encounters to body temperature to orgasm records to medical records.

The FTC recently settled a huge data privacy case with menstruation-tracking app Flo. This report makes a clear case for investigating other, similar apps along the same legal lines.

Yikes — Mehrnezhad and Almeida looked first at the privacy notices provided by each fertility app. They found that of the 30 tested, 12 of the apps presented users with no privacy-related information at all upon first being opened. The other 18 apps gave users no choice but to accept all privacy terms or close the app entirely — a practice that goes directly against European privacy laws, according to the researchers.

More damning still: the vast majority of the tested apps began tracking users immediately upon opening them. Fifteen apps had at least one active tracker; overall the apps utilized an average of 3.8 trackers each. This is higher than the average of 2.6 trackers for general websites.

Regulators need to keep up — It’s apparent, from Mehrnezhad and Almeida’s research, that these fertility apps are purposefully blurring privacy lines in order to capitalize on user trust. Thus the researchers aren’t bringing this to their attention; these app companies are the ones who implemented the trackers in the first place. Rather, the goal is to garner discussion on how these apps have skirted around current privacy regulations.

Big tech companies like Apple are currently trying to crack the whip on apps that sidestep new anti-tracking policies, but we’ll need the law to step up its game, too. Mehrnezhad and Almeida hope their research will open up discussions around the blurry lines between “Health” apps and “Medical” apps.

But that could take a while. In the meantime, you might want to think twice before inputting medical information into random apps.