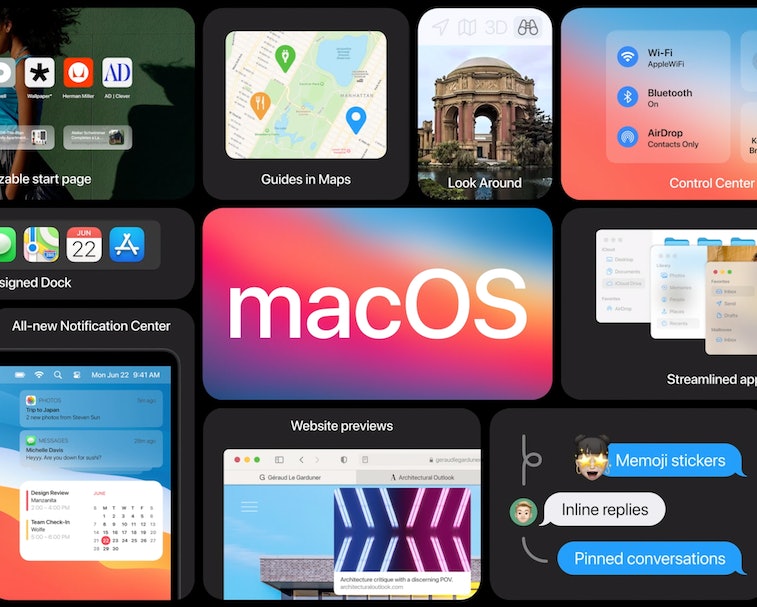 As expected, Apple today unveiled macOS Big Sur, the latest version of its desktop operating system for laptops, iMacs, and Mac Pros, which includes a new iPad-like control center, and an update to Messages that also more closely mimics the one found on Apple's tablet computer. Widgets in the sidebar are getting massive upgrades, too, and it's hard not to feel like Big Sur makes the Mac more like an iPad. Far more than iPadOS ever made the company's tablet computer feel like a desktop.

In announcing the new macOS version of Messages is a port of the iPad iMessage application, Apple's also demonstrating how its Catalyst software makes it easy for developers to bring their iPad apps over to the Mac, something users were skeptical about when the feature was first announced and marking the first time Apple has replaced native macOS software with a port of a mobile app.

Pros and cons of porting apps — The iOS version of iMessage has always offered more features than the desktop version, like stickers and message effects. Bringing the iPad version to the Mac will allow Mac users to finally access those features. It could also demonstrate to developers how they can extend the functionality of their apps simply by porting them over, thereby offering them in more places and to more potential customers. A productivity application, for instance, makes much more sense being available on both desktop and mobile, and unifying the codebases could result in much lower costs for developers.

Apple already offers its Catalyst developer toolkit for porting iOS apps to macOS, though until today some system features and user interface elements were incompatible with macOS so developers still had to rewrite code. Apple says that with Big Sur developers will be able to make their iOS and iPadOS apps available on the Mac without any modifications required whereas previously developers had to maintain separate codebases. Now that macOS looks a lot like iOS, the same user interface elements simply transfer over.

This isn't a surprise — This merging has been expected as the company recently made universal purchases extend to macOS, so a customer who buys an iOS app can also download it on macOS for no extra charge and vice-versa.

Some developers may not want to offer their applications through the App Store on desktop, however, because of Apple's strict guidelines over software offered in that marketplace. Unlike on iOS, users of macOS can download any application from the open web without approval from Apple.

The great recompile is coming — The other huge news out of Apple today was the announcement its moving Macs away from Intel processors to Apple's own silicon. That means all Mac apps are going to need to be recompiled, but a slew of big names are already on board, including Microsoft and Adobe, and Apple's already ensured all of its native apps work with the new chips. The new common architecture between iOS and macOS should make porting an iPad app to macOS a whole lot easier.

macOS coming in fall — Like iOS and WatchOS, MacOS is usually offered as a free update to owners of compatible devices in September when Apple launches its new iPhones. But the public betas for each will be out in July, and the developer beta will be available today. New Macs with Apple silicon will ship by the end of the year.