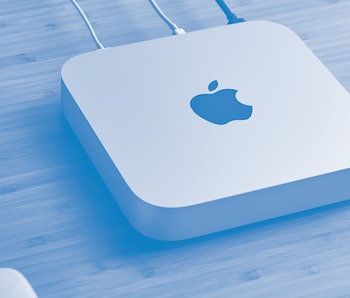 Apple’s “Peek performance” event is scheduled for Tuesday, March 8, but, as usual, we have nothing but rumors to telegraph what the company will actually show off that day. One popular theory is that Apple will introduce more Mac models that haven’t yet been switched to Apple’s custom silicon.

While not expected to debut at next Tuesday’s event, the “Mac Studio” (that name isn’t confirmed as final) will reportedly be similar to the longstanding Mac mini — only with significantly more powerful hardware.

A number of sources spoke to 9to5Mac about the Mac Studio — a computer expected to ship with Apple’s M1 Max chip, which was introduced in the 14- and 16-inch MacBook Pro lineup last October. Those same sources say there are actually two versions of the Mac Studio in Apple’s development pipeline, one with Apple silicon even more powerful than the M1 Max.

Apple could surprise announce the Mac Studio at next week’s event or save it, perhaps, for WWDC in June. If not at WWDC, then maybe later in the year.

The power that has — Though it’s perhaps less talked-about than Apple’s lineup of MacBooks and iMacs, the Mac mini has been a consistent figure in Apple’s computing segment since its first introduction in 2005. In the last 17 years, though, Apple has only released five generations of the Mac mini.

The Mac Studio — or whatever it ends up being called — wouldn’t be the first Mac mini with Apple silicon, though 9to5Mac’s sources say it’s much more souped-up than the silicon model introduced in 2020. Apple analyst Mark Gurman reported in January that Apple was working on a “smaller Mac Pro” with up to 40 CPU cores and 128 graphics cores.

That’s the general vibe 9to5Mac’s sources are giving off, too — a computer with the Mac mini’s body and power somewhere between the Mac mini and the Mac Pro.

And a matching display — 9to5Mac’s sources (the same sources?) have also told the publication there’s a new high-resolution monitor coming from Apple in the near future. Called the “Apple Studio Display,” it will essentially be a spiritual successor to the Pro Display XDR, though this time around it’ll have a resolution of 7K.

The project’s launch date is uncertain, though pairing it with the announcement of the Mac Studio would certainly make sense. Hopefully, we’re given the official go-ahead to use our Apple-branded cleaning cloths on the new display.

Perhaps next week’s Apple event will reveal whether or not these rumors are accurate; perhaps we’ll have to wait longer for those announcements. Either way, it’s looking likely we’ll see a new budget iPhone SE with 5G capabilities, an upgraded iPad Air, and plenty of other Apple silicon Macs.