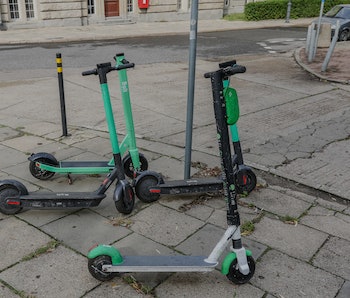 Lime, the company behind those bright green scooters and mopeds you’ve seen all over the place, is launching a new subscription service for frequent riders. Lime Prime’s biggest draw is that those who sign up will no longer have to pay Lime’s fixed unlock fee to get started with a ride — and it only costs $5.99 per month.

Renting a Lime scooter usually incurs two charges for riders: one fixed fee to get started and then a per-minute fee as the ride goes on. That initial fee will be waived for Lime Prime subscribers, which could present significant savings if you’re using the scooters for your daily commute, for example.

Not every city where Lime is available charges an unlock fee; in these markets, Lime says it will give Lime Prime subscribers a full 25 percent off the top of their ride. According to Lime, someone who uses its scooters every day would save something like $25 per month by subscribing to the new plan.

Lime has had a stellar 2021 thus far — the company has introduced electric mopeds to its fleet, upgraded its electric bikes, and even launched an app-less rental option for its electric scooters. And that expanded fleet is making its way to 25 new cities this year.

And reservations, too — Lime Prime’s big savings come in the form of that negated unlock fee, but the program comes with other perks for subscribers, too. Lime Prime members can reserve scooters and bikes up to 30 minutes in advance — non-members can only do so 10 minutes beforehand. This should make it much easier for subscribers to actually make their way to a scooter before their reservation expires.

Very affordable, for some — Subscriptions are quickly becoming a de facto revenue stream for companies across many markets and service categories — we can thank the success of services like Amazon Prime and Spotify for that. Both users and businesses come out on top with subscriptions: users get added perks and businesses get reliable revenue.

If there’s any caveat to be found in Lime Prime, it’s that the service doesn’t include rides on Lime’s electric mopeds. All riders — Lime Prime subscribers included — will pay the same fees for those. Oh, and for some reason, the subscription fee is quite a bit higher in some markets. 9to5Mac notes that Lime Prime is £8.99 per month in the U.K., which comes out to nearly $13 — twice the American fee.