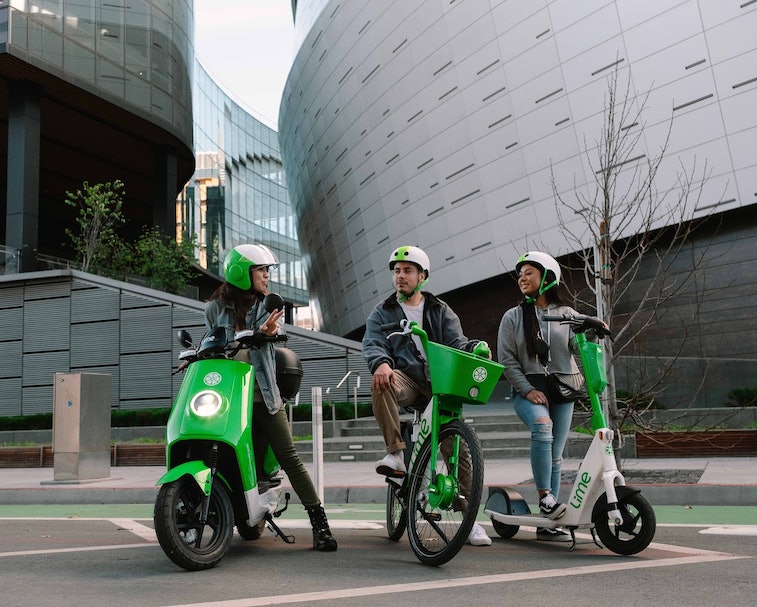 Dockless scooter company Lime is testing a new fleet of electric mopeds in Washington, D.C. and Paris, the company announced today on its website. We’re hopeful Lime’s moped-renting experience will be just a little safer than what we’ve come to expect from its competitors.

Lime’s mopeds can travel up to 87 miles on a single charge, but they’re first and foremost meant for short trips around the city. As the company states in its announcement, nearly 60 percent of all car trips in the United States and the United Kingdom are under five miles; by replacing these shorter trips with a sustainable, low-overhead vehicle like an electric moped, Lime hopes to reduce carbon emissions and generally make movement around cities much smoother.

It’s a lofty goal but one worth aiming for despite its distance. Lime’s ability to work toward that moonshot will rely on many factors, many of which boil down to the program’s overall safety.

Simple in the best ways — The Lime moped is exactly what you’d expect from a low-end moped in 2021: nothing fancy, really, just a chunky body with a low center of gravity and large wheels. Simplicity is key in a rental vehicle, especially one many riders may not be super familiar with.

Lime’s moped, which was developed by Chinese manufacturer Niu, leaves the bells and whistles behind in favor of a streamlined driving experience. The dashboard is a simple display of your bike’s charge and speed; there are very few knobs and buttons to mistakenly press.

Let’s not go down the Revel road again — The idea of quick-rental mopeds leaves something of a bad taste in our mouths, but that has nothing to do with Lime. That’s entirely Revel’s fault. Two people died last year on Revel’s mopeds in the course of nine days, leading the company to freeze its pilot program in New York City. The company’s business model of making it ridiculously easy to hop on a moped at any time turned out to be its biggest downfall.

Lime’s moped program is launching with fairly strict safety protocols. The company worked with the Motorcycle Safety Foundation to create a rider safety e-course that prospective moped renters must complete before beginning. The company is also planning on providing free 45-minute in-person lessons open to anyone. Lime is using special helmets with infrared sensors that will monitor whether or not riders are using their helmets at all times during a ride — and repeated safety violators will be removed from the platform entirely.

Lime is not Revel, and we’re trying to stay optimistic about the company’s latest mode of transportation. Given that, just a year ago, Lime had to lay off 14 percent of its workforce and terminate service in 12 markets, the introduction of mopeds could be just what the company needs to thrive in the new year.