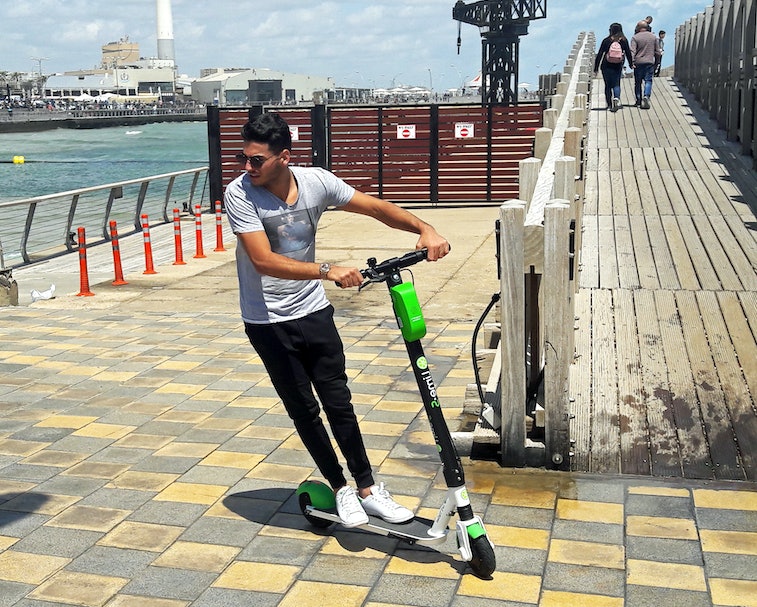 Micromobility company Lime is trying to tempt people into using its e-scooter service without ever having to touch its app. The company has announced various new features in a blog post this week. This is great news for anyone who has refused to install Lime because they’re not interested in downloading yet another app on their phone, or travelers using international roaming who don’t want to use 100MB of data on one app.

Lime is also introducing free scooter reservations that can go up to 10 minutes to try and win over new riders. It will also give app users recommendations that can help them spot the closest Lime scooter having to hunt for them. Plus, the Lime app now offers the user interface feature du jour: dark mode.

How does the app-less experience work? — TechCrunch reports that the app-less edition of Lime already works for more than half of the 130 markets the company operates in. The new app-free service relies on Apple's App Clips or Android’s Instant App, which allow users to effectively download a portion of an app, temporarily, by scanning a QR code with their smartphone. The app clip will ask you to confirm the ride and payment happens through either Apple Pay or Google Pay, depending on your device.

This could win strangers over — A senior product manager at Lime, Zach Kahn, writes, "This new feature makes Lime more accessible to riders, including those who are new to our platform and haven’t downloaded our app yet."

"With app-less riding," Kahn adds, "new riders can try out our service without the process of downloading our app, and regular riders can cut out several steps to quickly start a ride."

Apart from this latest feature rollout, Lime recently invested in its electric bikes by adding improved electric motors, hot-swappable batteries, and phone holders, and announced plans to roll out e-bikes in 25 new cities. It has also tested a new fleet of e-mopeds in Paris, as well as in Washington, D.C.

Lime is doubtless also eyeing the upcoming e-scooter pilot program heading to the Bronx borough of New York this year, and with its new additions to its service, it’s got to feeling increasingly optimistic about its chances. Despite the various hiccups it’s faced over the years, it has the backing of Uber and Google’s parent company Alphabet, and remains one of the most recognizable names in the e-scooter space. These moves are all designed to ensure that remains the case.