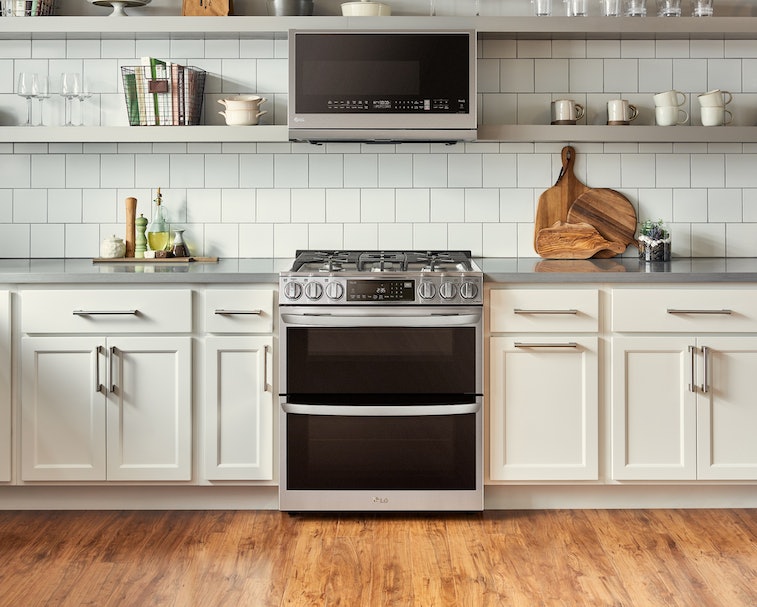 As part of its tease for CES 2022, LG quietly dropped the news that it will soon offer a dedicated service for finding and saving recipes. More importantly, though, the app will also allow users to order all the ingredients necessary for said recipes with just one click.

ThinQ Recipe — which will be accessible via the main ThinQ app — is made possible through a partnership with SideChef, a company that focuses on nutrition, meal planning, and recipes. The app will offer something like 10,000 one-click shoppable recipes.

All LG ThinQ Recipe deliveries will be made by Amazon Fresh or Walmart. It’s unclear whether or not users will need an Amazon Prime membership to take advantage of the company’s delivery services, which is usually the case with Fresh.

Competition is pretty stiff in the smart appliances arena. LG’s continually improving convenience factor is a huge boon for the company to stand out.

The lazy chef’s dream — LG doesn’t just want to enable your home cooking. It wants to make that cooking as simple as humanly possible. ThinQ Recipe will take much of the thinking out of meal-planning and grocery shopping. That alone could convince appliance-buyers to choose LG over other brands.

For those nights when even a fully stocked fridge doesn’t make cooking palatable, ThinQ Recipe will also work with LG’s Scan to Cook feature, which sends cooking instructions to your appliances for frozen meals. That’s made possible by LG’s partnership with Foodspace Technology, an AI-food startup.

And some appliances, of course — LG also announced this week a new oven-microwave duo that’ll operate seamlessly with the ThinQ Recipe service. The LG InstaView Double Oven Range is exactly what it sounds like: a double-doored oven that allows users to knock twice on the glass for a view of what’s inside. The oven includes all the modern trimmings you’d expect, like convection technology, an air fry mode, and an air sous vide mode. (Did anyone else not know that last one was possible?)

The new Over-The-Range Microwave also connects to LG’s ThinQ app and includes LG’s Steam Cook technology to “prepare foods that are juicier, healthier, and tastier. It’s supposedly very easy to clean and includes futuristic venting technology to make your house less smelly when you use it.

LG’s tech prowess is giving it a huge boost in the modern appliance market. While other companies focus on personalized aesthetics, LG is leveraging top-notch performance and convenience features to stand out. And it’s doing so in a way that’s not creepy and invasive, as far as we can tell.