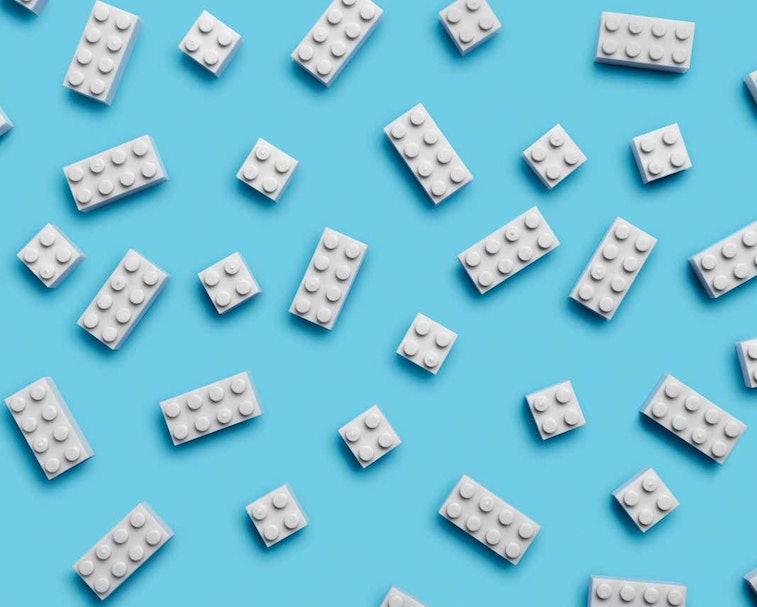 Lego today unveiled a prototype brick made from recycled plastic bottles. The brick is part of the Danish toy company’s goal to make all its products from sustainable sources by 2030.

Quality control — There’s nothing notable about the design of the brick itself — it looks like any other standard Lego brick. But apparently, the company’s strict quality standards explain why it’s taken so long to get here. "The new prototype, which uses PET plastic from discarded bottles, is the first brick made from a recycled material to meet the company's strict quality and safety requirements," the Lego Group said in a press release.

Even though Lego is showing off the new bricks today, it says it will take more time before they make their way into sets. The team has to continue testing its formulation and then decide whether to move into a pilot production phase, all of which will take at least a year.

The company has already taken other steps to meet its sustainability goals, however. In 2020 it began removing single-use plastic from packaging. Back in 2018, it started making certain elements from bio-polyethylene, a material derived from sustainably sourced sugarcane.

Corporate do-goodery — Lego has long used its brand to promote social initiatives. Last year it announced it was ditching plastic bags in its larger sets, and earlier this month it created an LGBTQ-themed set to coincide with Pride Month, though that felt a little like lip service considering there was little mention of donating some of the proceeds to aligned organizations or initiatives.

This could feel like that too insofar as Lego’s been making plastic for decades and is only now coming to the sustainability party. But that would be a little cynical. The company is taking steps in that direction while also acknowledging that consumers expect a certain caliber of product from it, and won’t buy inferior versions no matter how green their credentials are.

And if it can help rid oceans of plastics, that would be good, too. Environmental pollution arising from plastic waste is a major global concern, and if buying more Lego is one way to help reduce it, we’re all for it.