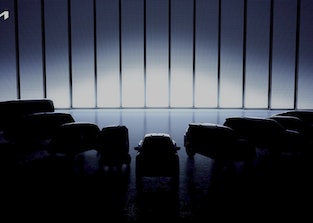 How many electric Kias are in the works.

Korean automaker Kia has updated its branding as it teases its forthcoming strategy for electrification. Formerly known as Kia Motor Company, the company's official name is now just Kia... incredible, we know. It says that by dropping "motor," its name will better represent the company's ambitions to move beyond traditional passenger cars and encompass other types of mobility solutions. Oh, and it's planning seven new EVs by 2027, which is... bold.

Blame the PR department — The name change is sort of thing people outside the marketing department of Kia won't even notice the name change, but that logo is hot. As is the prospect of seven brand new battery-electric vehicles in the next seven years, and that's not even accounting for electrifying vehicles in its exiting lineup.

Kia is calling these "purpose-built vehicles," each designed for particular use cases or audiences. There will be a micro pod, an individual urban transporter, a bean-shaped midsize commuter, and several other cars of more traditional designs, like a hatchback and a midsize SUV. The company didn't actually show any designs, however, besides some silhouettes that leave a lot to the imagination.

More to come — While we'd normally call vaporware on an announcement like this, Kia already sells an electric Niro EV that has received good reviews. The company is also owned by Hyundai, which sells the Kona EV and has its own ambitious electrification plans for the years ahead, and some extremely good-looking cars on the way.

We're expecting the first new EV from Kia to drop sometime in 2021, if it keeps with its stated plans. Kia has promised the car will stand out from the pack with lightning-fast charging, allowing its battery to go from a zero to 100 percent charge in under 20 minutes using an 800 V battery system.

Legacy automakers have stepped up their electric plans significantly in the past year as all signs point to the inevitable future of the automotive sector. While they're all years behind Tesla's lead, their experience in mass production could help companies like Kia catch up.