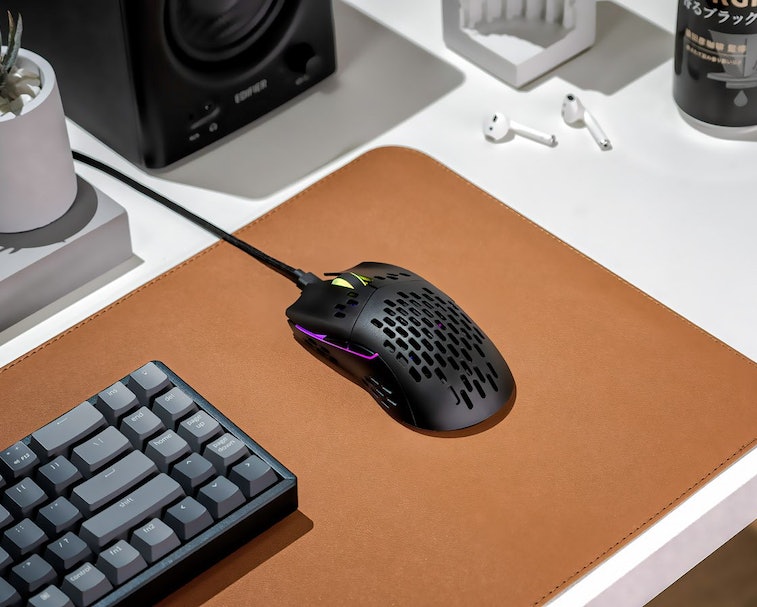 Keychron, one of the hottest keyboard-makers around, is releasing its first-ever mouse. The M1 mouse is equipped with the “strongest, most competitive grade” sensor chip available on the market, and, yes, it’s packed with stylized RGB light effects.

Weighing in at just 68 grams, the M1 (not to be confused with the silicon chipset of the same name) is made for all-day comfort and ease of use. That high-end mouse sensor will appeal to gamers who rely on precise cursor movements in particular. Where your average low-end Bluetooth mouse might be rated with a maximum 1200 DPI (dots per inch), the M1’s sensor can hit up to 16,000 DPI.

Keychron’s business has, until now, focused entirely on mechanical keyboards. The company has made a name for itself in an already-saturated market by creating beginner-friendly keyboards at affordable prices. Many of Keychron’s keyboards stand out for having remarkably low profiles.

Style and function — Like Keychron’s mechanical keyboards, the M1 has been built from the ground up with comfort in mind. It’s slim and grippy, unlike some more traditional gaming mouses that rely on a chunky form factor to pack in all their features.

The M1 is, in Keychron tradition, quite customizable. The mouse’s keys can be programmed however you’d like with macros or custom functions. The RGB light bar on the mouse’s side can be customized, too, with five light effects pre-programmed into its onboard memory.

Keychron is specifically touting the M1’s ability to be customized without any drivers or software to install. There are two dedicated buttons on the bottom of the mouse — one for the lights and one for your DPI setting. You can just click the buttons to adjust settings without ever touching your computer.

The icing on the cake: a lightweight, braided USB-C cable to connect the M1 directly to your computer. The cable comes in both black and white to match the M1’s color options.

Keychron’s just getting started — It’s looking like the M1 will be perfect for Keychron fans and Keychron newbies alike. It’ll pair perfectly with any of Keychron’s impressive mechanical keyboards, though owning one certainly isn’t a necessity.

If there’s any bad news here, it’s that Keychron hasn’t yet said when the M1 will be available for purchase — simply that it’s “coming soon.” You can sign up for email alerts on the product page to be amongst the first to know when it’s up for sale.

Keychron was only founded four years ago and already the company has gained immense traction with its lineup of unique mechanical keyboards; expanding into other hardware will surely only continue that trajectory. It’s Keychron’s world and all the other computer accessory companies are just living in it.