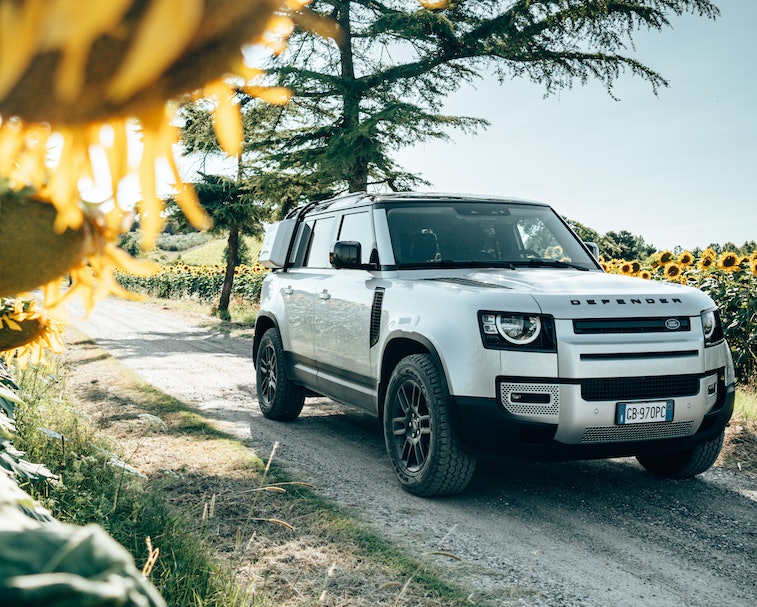 Jaguar Land Rover is working on a user interface it calls "predictive touch" to make your rides safer on two different levels: name road safety, and public health. In a press release, the company announced the feature as part of its Destination Zero plan, which has its sights set on "zero emissions, zero accidents, and zero congestion."

According to the findings mined through its lab tests and on-the-road runs, Jaguar Land Rover says the touchless technology it's testing could significantly cut down on the time a driver spends looking at in-car displays while driving. The company claims it could reduce distraction by 50 percent.

While it all sounds compelling, could this really work? Predictive touch sounds persuasive in theory but when it comes to driving, simpler infotainment systems seem to be the better — and safer — option.

How would it work? — Through a collaboration with engineers from the University of Cambridge, Jaguar Land Rover is working on a technology its patenting that involves gesture trackers and sensors designed to predict people's movements. Contextual information from your account or user profile as well as interface design will help the vehicle put together a predictive analysis of your intentions. In other words, it'll let you press an on-screen button without actually touching it. Based on sensory data, the touchscreen will be able to predict movement from individuals with motor disabilities and will be able to handle bumpy roads.

All of this is, of course, happening in the background. As a driver, you will simply have to move your finger towards the touchscreen — as shown in the Defender model photo below — and the rest is your car's business.

Fighting COVID-19 — In remarks to the press, Lee Skrypchuk, human machine interface specialist at Jaguar Land Rover, explained that the technology was also designed to reduce the transmission of pathogens from different surfaces.

Speaking of intention — While the company's objectives sound inspiring — a 50 percent reduction in distraction could make our roads much safer — research suggests that more innovation built into infotainment systems has the potential to increase distraction, not lower it. Multilayered menus, constantly changing display screens, switches in angles and views, and animations can demand a lot out of a driver's attention, whether they're touching the screen with their fingertips or hovering them mid-air. Given the chance, we'd definitely try it once before turning it off, though.