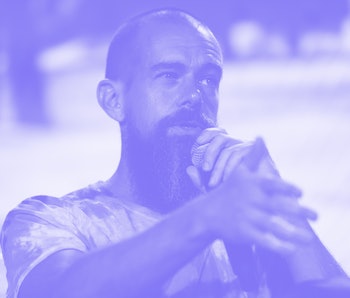 Jack Dorsey, no longer bound by the constraints of his role at Twitter, is all-in on crypto. Dorsey’s latest project: building an “open bitcoin mining system” with his team at the recently-rebranded Block.

Dorsey announced the new project on Twitter Thursday afternoon. While his tweet about the project this week didn’t shed much light on what, exactly, an “open bitcoin mining system” entails, Dorsey has actually provided significant detail on the project in past tweets.

Block, once known as Square, has been pretty quiet since announcing its new blockchain-centered identity. The official company account hasn’t even tweeted in 2022 yet. Before that… well, let’s just say Block is more of a vibe than anything else right now.

Dorsey is really aiming high with this project. The process of actually mining bitcoin is the biggest thing holding the cryptocurrency back. If any crypto bro has the resources to actually figure out a solution, it might be Dorsey. Maybe.

A leap forward, perhaps — Bitcoin mining — the process of creating new bitcoins — is carried out by running specialized software that solves complex math equations. Running this software at the pace necessary to be profitable requires very powerful hardware and vast amounts of power.

Dorsey wants to overhaul this process in order to confront its often-overwhelming challenges. His open bitcoin mining project will focus on what he sees as five major solutions for cryptocurrency:

Good luck, Jack — If you just finished reading that list and found yourself thinking, Wow that is a lot for one company to handle, well, you’d be correct. To call Jack’s list of solutions ambitious would be an understatement. He’s basically written down every problem with bitcoin mining and decided Block should do its very best to solve them.

It would be easy to write this off as Jack being Jack, a classic tale of hubris. But what if he pulls it off? Dorsey has a way of attracting high-level talent and heavy flows of cash. Block’s bitcoin business is already booming; last year the company brought in about $2.72 billion in crypto revenue alone.

If Jack does manage such a feat, it will likely present itself in fits and spurts. We’re not going to see the fruits of this labor all at once. So it’s time to settle in and wait.