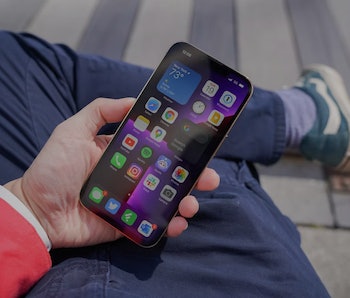 Hope you’re ready for Apple to know every time you send a nude. Apple’s iOS 15.2 software update is rolling out to iPhones beginning today with some updates to notification summaries, the long-awaited “hide my email” feature, and a macro update for the iPhone camera. Oh, and automatic nudity detection in the Messages app.

Okay, so Apple won’t actually be tipped off every time you send a nude. The nudity-scanning tool added in iOS 15.2 is not the photo-hashing feature protested by privacy activists. That feature, called NeuralHash, has been delayed indefinitely until Apple can figure out a less dystopian method by which to institute it.

This update will instead analyze incoming and outgoing images — on iPhones, iPads, and Macs owned by children only — to search for nudity. If any is detected, the photo will show up blurred with a warning that it “may be sensitive.” Children will be presented with the option to contact a parent when clicking the blurred photo. Notably, this feature will only be active once it’s activated through iOS’ family-sharing parental controls features. All processing is done on the device itself.

Not that one…yet — The nudity-scanning feature in iOS 15.2 is significantly less invasive than the photo-hashing update Apple announced in August. That particular update, which is meant to detect child sexual abuse material (CSAM), has been delayed indefinitely. Today Apple is only rolling out the opt-ion Messages feature.

The announcement of NeuralHash has largely been met with disdain. Even Apple employees disparaged NeuralHash in the company’s Slack, raising concerns about privacy and the program’s intimate connections with law enforcement.

Some other improvements — Most iPhone users will not even notice the photo-scanning update. It’s only for children. Other iOS 15.2 features will be much more important to adult iPhone owners. Take, for example, the iPhone 13 camera’s Macro mode, which until now has been auto-enabled unless you switch it off in the camera settings. Now there’s a dedicated button that lets you turn Macro off while you’re using the camera.

Privacy features are at the forefront of this update, as is often the case with iOS as of late. There’s a new privacy report that summarizes how many times each app and website you visit is requesting access to your location, camera, and microphone. The “hide my email” option is finally here, too, allowing you to mask your email address when using the Mail app.

Update limbo — Many of the features Apple announced for iOS 15 have been slow in releasing to iPhone customers. Slower than usual, even.

The Universal Control feature, for example, is still missing in action. That’s meant to allow users to use a single keyboard and mouse across multiple Macs and iPads — essentially turning them into one contiguous device. No word on when we’ll see that. Same goes for Digital IDs.

In better news, SharePlay — which came to the iPhone with iOS 15.1 — will be available with the new version of macOS Monterey.