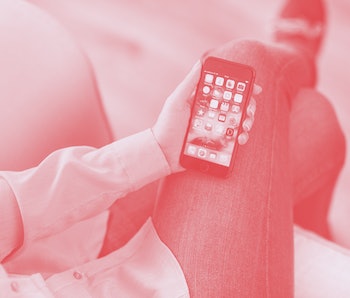 Apple just released iOS 13.3 today and one of its most notable features, Communication Limits, which allows parents to control who kids are talking to on their iPhones, is already broken. The main setting asks whether the phone should be open to communication from numbers outside the contact list. But if the phone’s contacts aren’t stored on iCloud, it’s all too easy to bypass the setting.

Bugs are the new normal — Apple’s latest iOS updates have been very buggy. Spotlight search wasn’t working properly in iOS 13.2.3, for example, and before that iOS 13.2 was killing background apps with alarming frequency. Apple has supposedly overhauled its iOS development and testing for iOS 14. For now, all iPhone users can do is wait for a fix.

As easy as adding a contact — CNBC first discovered the bug and put its limits to the test. When Communication Limits is enabled and a phone is contacted by an unknown number, a fullscreen warning is displayed that reads “Restricted Contact.” At the bottom of this screen is an option to “Add Contact.” After saving the unknown number as a new contact, the phone was able to respond to the contact with no other warnings.

Apparently, Siri didn’t get the memo — CNBC’s testing also revealed a workaround using Siri on an Apple Watch. In tests, asking Siri to call or text any phone number worked without a hitch. Siri followed the command even if the number wasn’t in the phone’s contacts.

Apple knows about the bug — But it hasn’t given any sort of turnaround time for when it’ll be resolved. The company has stated that Communication Limits users should set up their phones to sync with iCloud to fix the issue in the meantime.