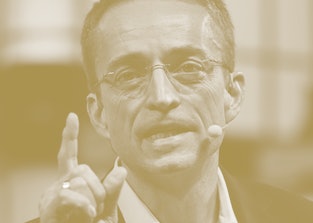 Intel’s new CEO is wasting no time at all in ramping up the company’s moonshot goals. Pat Gelsinger, who stepped into his new role just last month, announced the company’s new “IDM 2.0” strategy (that stands for Intel Device Manufacturing) for bringing Intel development to entirely new heights. The long-term strategy begins with a $20 billion investment toward two new factories in Arizona.

“We are setting a course for a new era of innovation and product leadership at Intel,” Gelsinger said. “IDM 2.0 is an elegant strategy that only Intel can deliver — and it’s a winning formula.”

Gelsinger’s overall goal with this $20 billion factory investment is to significantly expand the company’s ability to physically manufacture Intel’s chips. Though Intel chips are still used in a huge number of computers, the company has faced increasing competition from other manufacturers as of late.

Gelsinger spoke at length about IDM 2.0 at a press conference yesterday. To make matters even more intriguing, the new CEO hinted at using Intel’s new manufacturing power to compete more directly to supply Apple with the silicon it needs for its own chips.

The ARM race is here — Right now, Intel’s processor manufacturing capabilities are pretty limited. The company uses its factories to create and assemble x86 microprocessors. Those processors are sold to major computer manufacturers like HP, Dell, and Lenovo.

Gelsinger’s hope is that Intel’s increased manufacturing power will allow it to potentially expand into ARM chips. Intel could then use that power to go head-to-head with TSMC for Apple’s silicon business. It’s a long shot, to be sure, but one with huge implications for the market.

But there are some setbacks — There’s merit to Gelsinger’s high-soaring goals beyond just hoping for expansion into ARM territory. The company’s CEO also revealed at this week’s press conference that Intel’s next big processor, which goes by the name Meteor Lake, is being delayed until at least 2023.

The company is struggling to produce 7nm chips, Gelsinger said. Until the company’s new factories are up and running, it will be forced to rely on third-party foundries to build its 7nm chips.

So, yes, Intel could some day use its factories to pump out Apple silicon. But it’s going to need to catch up on its own backlog first. For the time being, Intel and Apple will continue to be competitors.