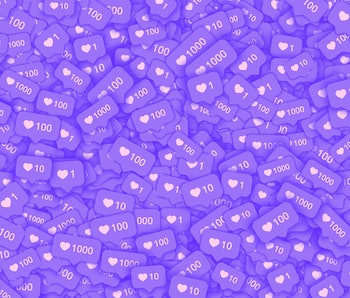 Instagram is going to start asking users to verify their identities with a government ID if it finds their behavior on the app is unusual. The company says it might deem an account suspicious if the majority of its followers are in a different country, or if the account's activity appears to be automated, among other signals.

Users who don't respond to Instagram's requests to verify their identity could have their posts suppressed in the feed, or see their accounts closed entirely.

Election prep — It appears that Instagram is likely doing this to combat coordinated misinformation campaigns ahead of the 2020 presidential election. Facebook already requires people running popular pages and public accounts to verify their identities, but it's been slower to add similar requirements on Instagram. It only just started adding fact-checking labels on Instagram at the beginning of 2020.

Instagram's clean reputation — Instagram is less thought of as a potential vector for misinformation than its big brother Facebook, but with over 1.2 billion active users it does have plenty of politicians and other influential accounts that can disseminate questionable content. The U.S. previously found that Instagram was an effective tool for election interference in 2020 due to a lack of protective measures. Adam Mosseri, the head of Instagram, recently said it will aggressively remove any information related to COVID-19 that creates risk of real-world harm. Facebook last week deleted a video posted by President Trump that suggested children aren't susceptible to the virus.

Critics will still quibble over the information that Facebook explicitly allows to remain on its platform. CEO Mark Zuckerberg has gone back and forth over whether or not politicians like Trump can say whatever they want and get away with it, but mounting criticism and a recent advertiser boycott have put pressure on it to do more to clean up its platform. Evidence has shown that Russia-linked groups are already spreading misinformation on Facebook about mail-in voting that could confuse voters. U.S. intelligence indicates Russia is trying to undermine Joe Biden while China wants him to win.

It's important for Instagram especially to get ahead of dangerous content, as the app is estimated to generate more than a quarter of Facebook's earnings. Its reputation has yet to be soured in the way Facebook proper has and could likely someday account for more than half the company's revenue.