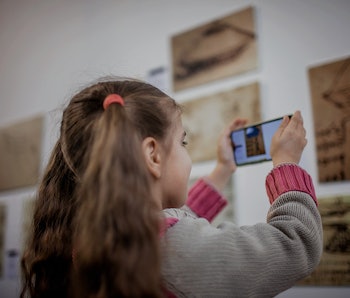 Instagram executives shared in an internal memo today that they intend on creating a new version of the app exclusively for children under the age of 13. The Facebook-owned company currently sets a minimum age of 13 to join Instagram, and it recently implemented a new feature to protect teens from predation by older adults.

Controlled environment — A new app for younger children could help Instagram grow its user base and lock in children early while keeping them away from less PG-friendly corners of the main app. Facebook’s Adam Mosseri, who leads Instagram, told BuzzFeed News that “more and more kids” want to use Instagram and that it has been challenging to keep children away because they don’t get identification documents until 15 or 16.

“We have to do a lot here,” he said, “but part of the solution is to create a version of Instagram for young people or kids where parents have transparency or control. It’s one of the things we’re exploring.”

The plan has immediately been criticized at a time when awareness is higher than ever of the harm social media can pose to mental health, especially amongst younger individuals. Instagram has over the years implemented new features meant to curb bullying, like warnings that detect when a user is about to post an offensive comment and prompt them to reconsider.

YouTube offers a child-friendly app called YouTube Kids that is curated to only display kid-friendly videos. And Facebook itself has Messenger Kids, which lets children send messages to their parents and approved friends. Both of these apps have had problems with content seeping in from their main platforms.

Toxicity — When Facebook launched Messenger Kids, an advocacy group called for the company to shut it down citing research that excessive use of digital devices is harmful to kids. Anyone who doesn’t live under a rock can attest that social media can promote insecurity as people compare themselves against others’ curated snapshots of their lives. And bullying is much worse at younger ages before kids have matured and developed emotional intelligence.

On the revenue side, it’s unclear how lucrative an Instagram for kids would be because COPPA laws in the United States prohibit the type of retargeting and profile that make Facebook’s ads worth a lot of money. The easiest explanation is that Facebook just wants Instagram to remain “cool” for the youth, and revenue will come as they migrate to the main Instagram.

At the end of the day, so long as Facebook remains Facebook, with its bevy of problems, roping in children at a young age seems like a net negative.