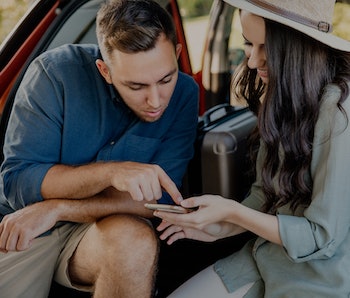 Last night, Instagram users flocked to social media to complain about something strange: their likes had disappeared entirely. Reactions ranged from pleasant surprise to abject horror and disbelief. Where had all the likes gone?

It turns out the mysterious case of the disappearing likes was caused by a test Instagram had been carrying out. To its credit, Instagram seems to have caught the bug quickly enough and issued a fix before morning.

“We’ve been testing a new experience to hide likes on Feed posts,” the company said in a statement. “We unintentionally added more people to the test today, which was a bug.”

A very long test — Instagram has been testing the removal of public-facing like counts for more than a year now. The test first began in early 2019 in most of Canada and has since selectively rolled out to other locations in North America.

The test doesn’t remove likes from Instagram completely; rather, it takes away the ability to see exactly how many people have liked another user’s post. You can still scroll through a list of likes, though, and you can view the total count on your own posts.

Last night hoards of users were suddenly hit with that update without notice. The stunned reactions across social media make it clear that, if Instagram was to make the update official for everyone, many people would be very unhappy about it.

Mental health vs. profits — Instagram has always billed the test feature as a way to improve users’ mental health. Engagement has become such a big part of the Instagram experience that many users end up focusing more on the number of likes they get than posting meaningful content and enjoying the scroll.

But then again: Instagram has also become a veritable money-making machine. Influencers — of which there are more with every passing day — rely on the platform for their livelihoods. Without likes, an influencer’s success is much more difficult to measure and, critically, to market.

Instagram CEO Adam Mosseri knows this conundrum won’t be an easy one to solve. “Likes are a sign of how relevant influencers are, so we have to figure out some way to make sure we preserve that,” he told NPR in September 2019.

Meanwhile, Instagram users hit with the sudden update took the chance to disparage the company for focusing on likes rather than what they see as more pressing concerns. If past indications are anything to go on, the company will just add more half-baked video features instead.