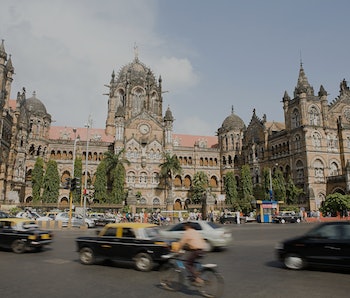 The Indian government is banning 59 apps from Chinese-based developers, including big names like TikTok, WeChat, and the popular mobile game Clash of Kings, according to Reuters.

In a press release, India's Ministry of Electronics and IT writes, "There have been raging concerns on aspects relating to data security and safeguarding the privacy of 130 crore [1.3 billion] Indians... The Ministry of Information Technology has received many complaints from various sources about misuse of some mobile apps for stealing and transmitting users' data."

The news follows reports that TikTok was constantly reading users' clipboards, which it said it did for an "anti-spam" feature. The company removed the feature from its app following backlash from users.

A huge market to be excluded from — India has become an important market for technology companies as the country has a population of 1.3 billion people and extremely low monthly mobile data charges. Nearly 30 percent of TikTok's 2 billion downloads in April came from the country.

India has already blocked TikTok in the past over concerns about seedy content on the platform. TikTok uses algorithms to surface safe content, but it's long been known that the underbelly of the platform includes some questionable videos. The ban was quickly lifted in the previous instance, but it remains to be seen whether it'll be back up and running in India as quickly this time. TikTok has also faced other legal issues, such as a $5.7 million fine in the U.S. for making it too easy for children under 13 to register without parental permission.

TikTok's geopolitical woes – For a relatively fun, care-free social network, TikTok's connection to China has long been a thorn in its side, with the company trying to distance itself from its parent company ByteDance. Various reports have suggested that TikTok has censored or removed content that might displease the Chinese ruling party, though the company has always denied it has connections to the state in China. U.S. regulators are currently considering whether ByteDance should be forced to sell off TikTok, which originally started as a U.S.-based app.

India and China also have a tense relationship that's only worsened recently following an incident earlier this month at the border that left 20 Indian soldiers dead. The two countries have been warring over disputed territory for years. Indian officials may be blocking China's shining tech companies as a form of Trump-style retaliation over events at the border, or over the concerns about monitoring and censorship as stated. In all likelihood, it's probably a combination of both.