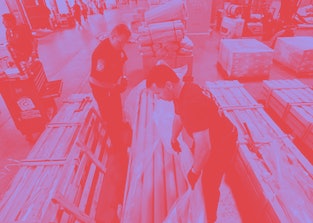 The number of AirPods knockoffs seized by U.S. Customs and Border Protection.

The headphones didn’t include Apple’s logo or even the trademark “AirPods” name, instead, going by “Elite Pods.” So, they’re not really counterfeit so much as cheap alternatives meant to look like the real deal. But CBP found that their shape and design replicated Apple’s ubiquitous designs closely enough to require enforcement action to protect a registered trademark.

Sorry, no Elite Pods for you — Knockoffs of popular Apple products are nothing new, and many are able to slip into the U.S. unnoticed by authorities. Go into just about any convenience store or grocery chain like ALDI and you’re bound to find some generic wireless headphones that are clearly imitating the AirPods. Apple has dedicated teams that work to hunt down counterfeits and prevent them from hitting retail shelves, but there are so many out there that it can’t catch them all.

If you think it’s weird that an agency tasked with stopping unauthorized migration and transport of illegal narcotics is making judgment calls on copyright issues, you’re not alone. CBP last year came under fire when it seized a shipment of headphones from smartphone maker OnePlus after it deemed the product looked too similar to the AirPods.

Critics say copyright disputes should be the job of civil courts with judges that have expertise in the law. Others, though, believe that the agency was doing its job just fine, however, and companies like OnePlus should simply resist making headphones that look too similar — and get patents for whatever they do design.

No payday — The fake AirPods would be expected to have a retail value of about $7.16 million — that’s if they were genuine and selling at Apple’s price of $159 for the entry-level AirPods. These fakes were likely going to sell for a lot less, however, so it’s likely the manufacturer of the Elite Pods lost out on more like $1 million if that. But CBP uses that $7 million figure to essentially argue that, had these fakes been sold, Apple would have lost out on potentially that much revenue in AirPods sales that wouldn’t have happened.