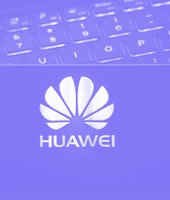 Huawei's market share growth in 2017 thanks in large part to China.

Huawei was the number two smartphone vendor in 2019, behind Samsung and ahead of Apple, according to new data from Canalys and Counterpoint Research. The company’s share of the global smartphone market grew a remarkable 17 percent, despite the Trump administration’s blockade preventing Google and other U.S. companies from doing business with Huawei.

"This was the result of an aggressive push from Huawei in the Chinese market, where it achieved almost 40 percent market share,” wrote Counterpoint in its report. Even though Huawei phones may be less popular outside China, its home territory is massive enough to keep growth going for now.

Things might change if the ban doesn’t let up — The company has been building itself up as a serious player in Europe, but new phones due out soon like the P40 and P40 Pro likely won’t have access to Google services. That’s fine inside China where Google is nonexistent and Huawei phones use local apps instead, but in much of the rest of the world Google’s products like Search and YouTube still dominate the internet. Some of Huawei’s more recent phones including the P30 Pro, released in the first half of 2019, were released before the ban came down and still have access to Google services.

We may already be seeing the slowdown — Yesterday market research firm IDC released its own smartphone market share report showing that Huawei was pummelled towards the end of 2019. It shipped 56.2 million smartphones in the final three months of the year, down from 60.5 million units during the same time a year ago. Huawei’s Mate 30 Pro, released back in September, was the first without access to Google apps.

"Huawei's performance continued to be strong in China, but while it has been diligently building up a presence as a top tier smartphone player in Western Europe, that's where shipments saw the biggest hit," said Melissa Chau, associate research director with IDC's Worldwide Mobile Device Trackers.

Huawei’s chief in Austria recently told a reporter that the Chinese smartphone maker wouldn’t resume offering Google apps on its phones even if the U.S. ban is lifted. The company’s follow up statement contradicted that, however, stating that the company would prefer to stick with Google services if possible. The company has been building up its own alternative, called Huawei Mobile Services, but I can’t imagine it'd have an easy time competing internationally against a monolith like Google — at least not in the near term. The only Chinese software product to find material success outside the country has arguably been TikTok.

Huawei Mobile Services is likely a long term bet to someday eliminate its reliance on American firms, as it has done by creating its own chips and other hardware.