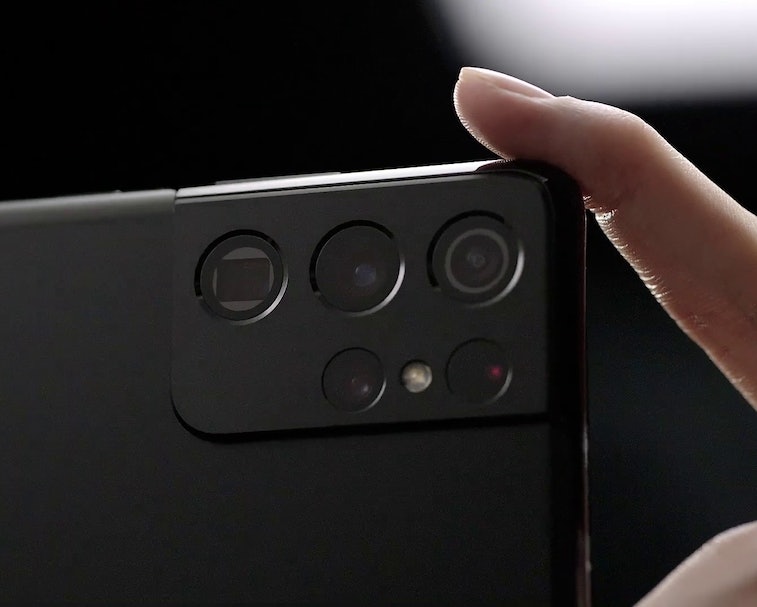 Samsung just wrapped its 2021 Unpacked event where it announced the new Galaxy S21 line of smartphones. Included in that line is the new S21 Ultra with a 108-megapixel camera that Samsung is touting as new and improved. I certainly hope that’s the case, because I dove deep on last year’s Galaxy S20 Ultra and Note 20 Ultra cameras and found that they were really not very good.

Ray, our reviews editor, will put the new Galaxy phones through their paces, but in the meantime, let’s do a close reading of exactly what Samsung said in its press conference to see whether the company’s new 108MP camera has a chance of correcting what was wrong with the original.

So long, worms — “The Galaxy S21 Ultra’s new remosaic algorithm uses two times more pixels than before, to create images with more detail, clarity, and sense of texture" (emphasis ours).

Maybe I’m giving myself a little too much credit, but this sounds like a direct response to the problems I found on the Note 20 Ultra camera, specifically the worm-like textures that you get when taking 108-megapixel pictures of organic stuff like leaves, moss, and rock surfaces.

We still don’t know exactly why these high-resolution images look like this, but if you’ll allow me to speculate for a moment, there are some clues.

First, this worm-like texture is present on other high-resolution cameras like the OnePlus 8 Pro’s 48-megapixel camera and P40 Pro's 50-megapixel camera, though the effect isn't nearly as pronounced. What all of these have in common is that they do some form of “binning” to capture lower-resolution images with better low-light performance.

A new algorithm — This brings us back to Samsung’s alleged new demosaic algorithm. Without going too far down the rabbit hole, all camera sensors need to be demosaiced because every pixel is either red, green, or blue. So while every pixel can detect how much light is coming in, a single pixel can only detect one color. So, in order to get a picture that looks normal, the camera has to estimate the missing colors for each pixel from that of its neighbor. This, in a nutshell, is what a demosaic algorithm does.

It’s possible that the worm-like textures we got from the S20 Ultra and the Note 20 Ultra are a byproduct of this demosaic algorithm. After all, these 108 megapixels are arranged in 3x3 groupings of one color, which is what allows Samsung to do the "nona-binning" down to 12 megapixels that it's always talking about. It's good that Samsung is able to get 108 megapixels of luminance data, but that leaves a lot of color data for the demosiac algorithm to interpolate.

The point is, a new algorithm that uses twice as many pixels to do the demosaicing may not completely solve the problem, but it might actually mitigate it significantly. I should note that Samsung repeatedly says "remosaic" instead of "demosaic," the latter being an industry-standard term, so there is room for funny business.

Close-up time — The other problem with Samsung’s old 108-megapixel camera was that it was truly bad at close-up photography. Instead of fixing that problem, it hands off the task to the new ultra-wide camera, which now has autofocus. This is what the OnePlus 8 Pro and few other phones do as well, so I think this is probably a good strategy.

The thing is, though, OnePlus is using a really good camera sensor on the OnePlus 8 Pro’s ultra-wide camera. I know we’re looking at an image through a highly compressed YouTube video, but what I’m seeing below from the S21 Ultra doesn’t look so hot.

Depending on how close you are to your subject, this may also mitigate the ugly bokeh found just outside the focal plane in the worst cases, but I’m beginning to get the feeling that Samsung is using the same sub-par lens from the S20 Ultra and Note 20 Ultra on the new S21 Ultra.

So that’s it for the 108-megapixel camera. As mentioned, Samsung has improved the ultra-wide, which is great, and has introduced a new 3x zoom camera for the intermediate zone between 1x and 100x zoom which, when you think about it, just makes a lot of sense.

While I hope that these changes add up to a much better camera experience on the S21 Ultra, I’m not going to pre-order this year. My OnePlus 8 Pro has the best camera system of any smartphone I’ve used thus far, and I’m happy to wait for Ray to put the new S21 Ultra through its paces before I lay down the cash, and if your main selling point is the camera, I suggest you hold off for our review, too.