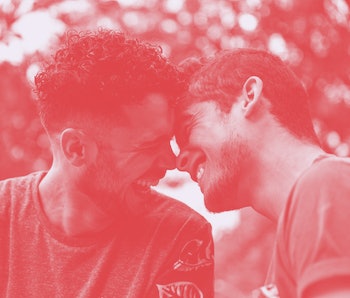 On Monday, popular gay dating app Grindr swiped left on ethnicity filters. The app is hardly the only one to have fallen into the trap of letting users cherry-pick which races and ethnicities are suitable for romance, but it’s come under fire over the feature more than most. The feature even survived the anti-racism campaign Grindr kicked off in 2018, according to The Verge. Push has finally come to shove in the collision course of police brutality protests and Pride month.

Ah, 'dating preferences' — Look, some people really do have a type, but as anyone who has watched a single episode of Love Island will tell you, types are bullshit. Nonetheless, many dating apps have allowed users to filter out a slew of criteria, including ethnicities, on their searches for love, casual sex, and everything inbetween.

Even without type filtering, many profiles on dating apps still contain disclaimers like “no fats, no femmes, no Asians, no Blacks.” Grindr’s anti-racism campaign has led to the proactive banning of users spouting this kind of language. The ethnicity filter remained, however, as executives didn’t want to close off a feature that also helps non-white individuals find each other.

OkCupid (which has provided valuable data on how different races experience dating apps), Hinge, and The League all allow users to search for matches by ethnicity. Bumble added search filters in 2018, but waffled on including race or ethnicity, while Tinder relies on algorithmic attractiveness. In fact, most modern dating apps figure out who’s “hot” based on how people swipe on them. Thanks to the way society is set up, that can skew white, deprioritizing people of color in match results.

While it’s great that Grindr finally came to its senses, the problem is much larger. While they still have some work to do, so do we all.