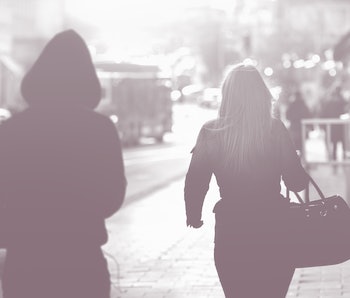 Google is introducing a slew of new features to its Pixel phones focused on personal safety and better sleep, the company announced yesterday in a blog post. The Personal Safety app, originally added only to the Pixel 4, is being made available on all devices, and the app is being updated with a timed check-in feature and crisis alerts.

The “safety check” feature can be enabled with a few clicks. You set a time for when you’d like your Pixel to check in, and then the safety check will take over your entire screen at that time to ask for your status.

Google has been focusing its software updates on health and wellness for a while now. It’s a refreshing change of pace when so much of tech is focused on simply fixing bugs and not on improving customers’ lives.

Way ahead of the game — Other popular smartphone manufacturers (we’re looking at you, Apple) aren’t doing anywhere nearly as much as Google when it comes to digital health and wellness. While Apple has continued only to push its (mostly annoying and easy-to-work-around) Screen Time app, Google has created an entire suite of apps dedicated to digital wellbeing.

The latest from Google expands that foray into bettering its users’ health by helping users ensure their physical safety, too. The Pixel 3 is also getting the car crash detection update that has until now only been available for the Pixel 4.

Better battery, better sleep, better transcriptions — The updates don’t just stop at personal safety. Google’s Adaptive Battery app, which learns your phone habits to optimize battery life, is finally getting an update, too. Pixel 2 and newer devices will now use the app to predict when your battery might run out and reduce background activity to keep the phone up and running longer.

The latest drop also includes a new bedtime feature in the Clock app, complete with a reminder of how much you look at your phone before falling asleep and a space to play calming sounds while you fall asleep or wake up.

The last feature in the set makes Google’s Recorder app even easier to use than ever before. You can now launch recordings through the Google Assistant and auto-save transcriptions to Google Docs.

Google’s latest feature drop for the Pixel line continues to set a brisk pace that Apple will need to race to catch up with — especially in the health and wellness department.