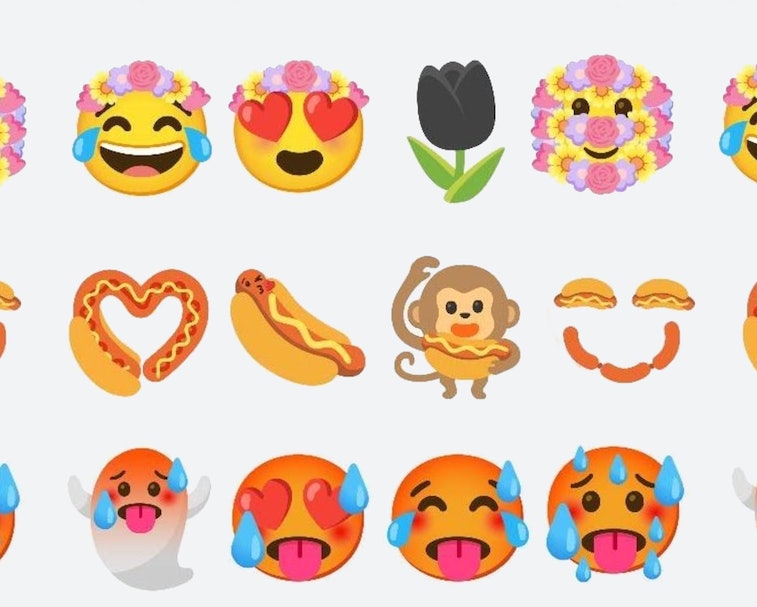 The world of emoji has grown immensely in the last decade or so, moving effortlessly from a quirky add-on to text-based communications to a method of expressing the full range of human emotions. More than 100 new emoji were released with iOS 14.2 alone — an influx some would argue is plain excessive.

That’s where the super emoji comes in. Yes, you heard that correctly: the super emoji, legendary ideograms and all-around wonders, are not a myth after all. Here’s how you can find them and dish them out to friends or foes.

Double the emoji for exponential fun — Twitter user @LolicOnion discovered that when using the Google Keyboard (known colloquially as the Gboard), typing two or more of the same emoji unlocks greater emoji. Gboard auto-generates a bunch of variations on many emoji if they’re entered more than once. Sometimes Gboard’s suggestions are just magnified versions, but other times they’re… well, take a look.

These are just a few of our favorites that we’ve discovered since playing around with the feature. Gboard re-calculates its suggestions each time, so you’re never quite sure what’s going to appear.

The trick doesn’t work for every emoji — sometimes plugging in a double emoji just returns a message saying there’s nothing available. Emoji that consist of just a face seem to work best, though a bunch of random other emoji work, too. We were able to use them on all manner of Android apps compatible with Gboard, like Facebook’s Messenger, WhatsApp, and Google Voice, to name a few.

None for you, iPhone users — Super emoji are very powerful. Too powerful, it seems, for Apple users.

Apple fans might be disappointed to find out they’re not included in whatever experiment Google’s cooked up here. Using double emoji on the iOS version of Gboard doesn’t do anything fun at all.

There are more than a thousand emoji officially sanctioned emoji at this point — and that’s only counting emoji comprised of a single Unicode character. If that’s still not cutting it, the super emoji is your new best friend.