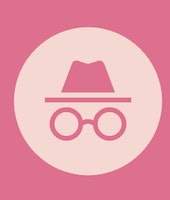 The damages sought in a class-action suit against Google.

A class-action suit filed on Tuesday accuses Google of tracking users in private browsing modes and misrepresenting the security of those modes, according to Reuters. “Google continues to track, collect, and identify their browsing data in real-time, in contravention of federal and state laws on wiretapping and in violation of consumers’ rights to privacy,” the complaint reads. The suit seeks a minimum of $5 billion in damages, but the final amount could be much larger with payments of at least $5,000 to each affected user — vaguely estimated as “millions” in the complaint.

Ads and analytics are always watching — The lawsuit alleges that Google falsely tells users that private modes will hide their browsing activity in Chrome, Microsoft Edge, Safari, and Firefox browsers. Mainly through Google Analytics (utilized by 70 percent of websites and publishers) and Google Ad Manager, users’ activity can still be tracked and collected.

Google spokesperson Jose Castaneda told The New York Times: “Incognito mode in Chrome gives you the choice to browse the internet without your activity being saved to your browser or device. As we clearly state each time you open a new incognito tab, websites might be able to collect information about your browsing activity during your session.”

This lawsuit leverages California privacy laws and the Federal Wiretap Act, a new angle against Google’s data collection practices, to pursue damages. The federal law allows users to sue if their private communications are being intercepted which the suit alleges Google does with browsing history. The case was filed in the Northern District Court of California; two plaintiffs are from California and the third resides in Florida.